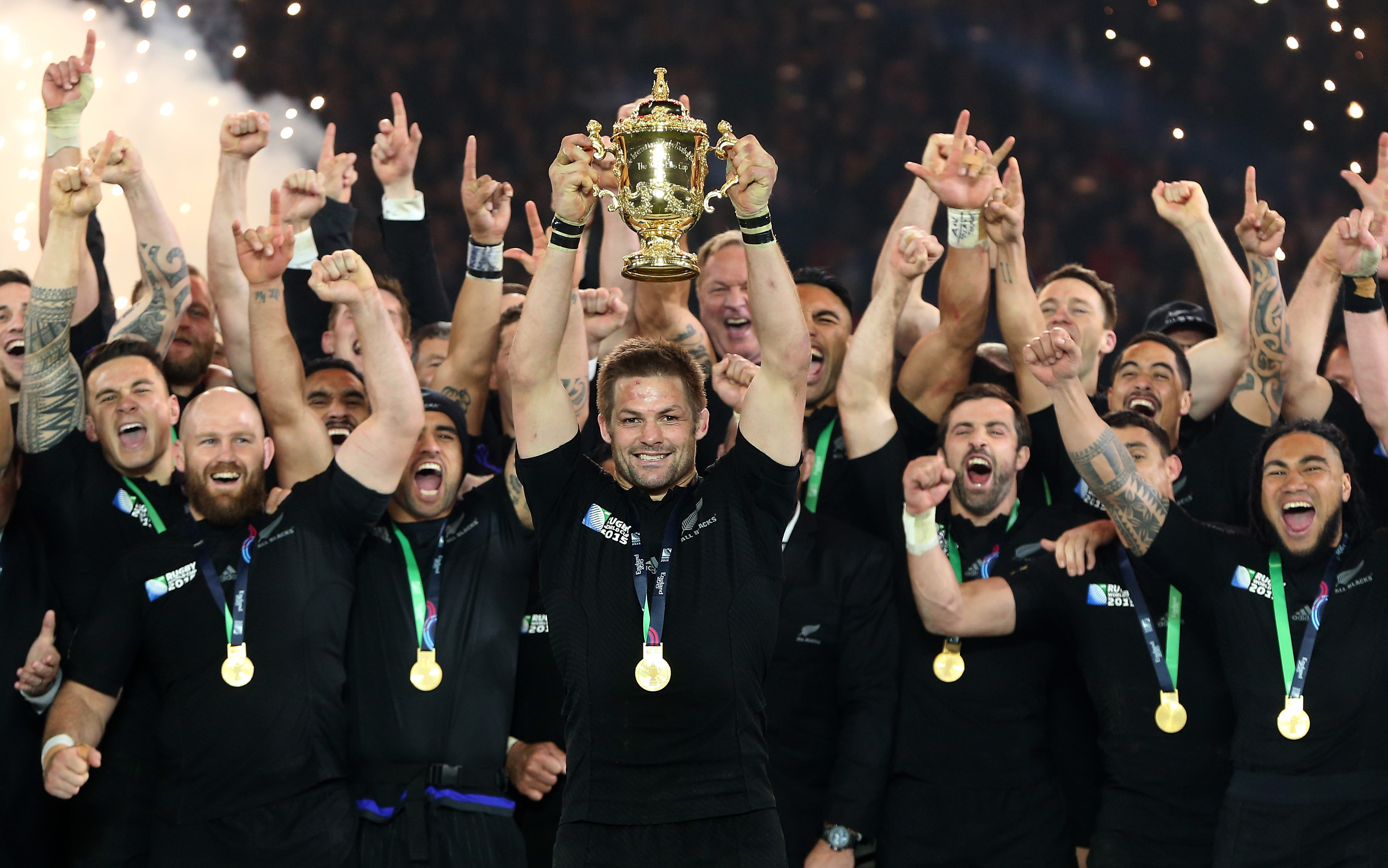 New Zealand have survived a stunning two-try Australian fightback to be crowned back-to-back world champions in a thrilling World Cup final at Twickenham on Saturday.

A masterclass from New Zealand No.10 Dan Carter, who finally had his World Cup moment after injury cruelled his campaign four years back, wrested victory from the clutches of a spirited Australian comeback. His drop goal and long-range penalty in the final 10 minutes will be replayed as the decisive points of the tournament.

A 10-minute flurry kept the dream alive, David Pocock scoring while the All Blacks were down a man and some superb vision from winger Adam Ashley-Cooper putting Tevita Kuridrani over with 15 minutes left.

Carter's drop goal widened the gap to seven just as Wallabies fans allowed themselves to countenance an upset.

But the gap was too far to breach and a Beauden Barrett try two minutes from the final buzzer was the nail in the coffin.