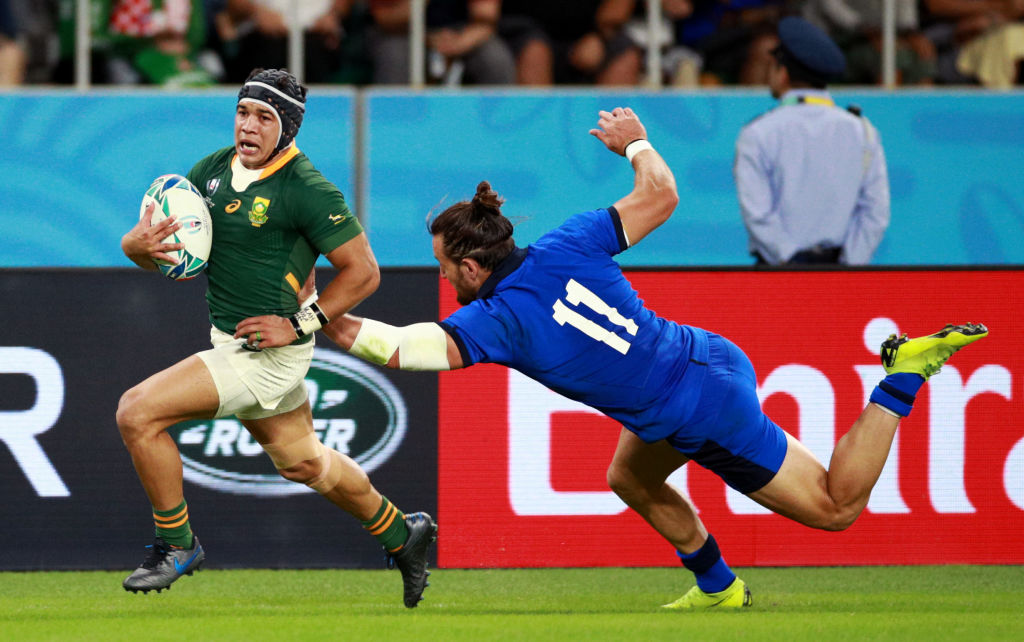 As the start of the British and Irish Lions series against South Africa approaches, there has been an increasing amount of talk around the fact that the Springboks haven’t played any international rugby since winning the 2019 World Cup in Japan. It's been over 18 months since the South Africans took to the field in a competitive rugby match.

The greatest concern is that the series won’t be as competitive as it could have been despite the Springboks being the reigning World Cup champions, but after a bit of examination, how valid is the concern?

After all, it was as recently as the end of June that Cheslin Kolbe played a starring role in the Top 14 final win over La Rochelle in a game that ended 18-8, as https://www.bbc.co.uk/sport/rugby-union/57214852 reports here.

The Toulouse full-back put on an exhibition that would have put the fear of God into the British and Irish Lions. Indeed, despite being just over five feet, the 27-year-old left the field at the end of 80 minutes with the stature of a giant after putting in an extraordinary performance which included a drop goal from 50 metres out.

Nothing to see here, just Cheslin Kolbe nailing a drop goal from inside his own half in the Top 14 final 🤯pic.twitter.com/lvuvTZcxfG

There were certainly no signs of lethargy in Kolbe’s performance. Also, when you take into account that fellow Springboks Andre Esterhuizen, Wilco Louw, Stephan Lewies, and Tyrone Green all played starring roles on the same weekend in a pulsating win for Harlequins in the Premiership final, one would have to say that the Springboks won’t be short of international match competitiveness. If anything, the Boks will be getting a host of Europe’s top performers jetting in to add that stardust to South Africa’s current makeup.

Interestingly though, as things stand, the odds at https://extra.bet365.com.au/news/en/Rugby-Union still price the Lions as the favourites to win the series at 8/11, whilst the Boks are at slightly longer odds of 6/5. What can we draw from those prices? Basically, not everyone is convinced that these players will gel straight away when they arrive in the South African camp, and the time that the Lions have had together during the build-up will be the difference at the end of the series.

Whilst that could be the case, one has to keep in mind that this South African team, despite not playing together since late 2019, has still competed together many more times than the star-studded lineup of the Lions. Indeed, there is good residual chemistry within the 'Boks side from the World Cup win. This type of camaraderie doesn't disappear overnight and rather stays with a team over the course of a generation. Tellingly, there have been very few retirements from the Springbok side since beating England in the final, the Guardian recaps that historic night here: https://www.theguardian.com/sport/2019/nov/.

This try, in the Rugby World Cup final, was sensational from Cheslin Kolbe. pic.twitter.com/DXZFGG3DTz

Make no mistake, the Lions will have their work cut out for them and won’t simply devour the Springboks when the first of three Tests gets underway in late July. When all is said and done, this South African team is far from undercooked and instead has all the right ingredients to find a winning combination against the British and Irish Lions.

British and Irish Lions: Warren Gatland’s selections not based on form,...