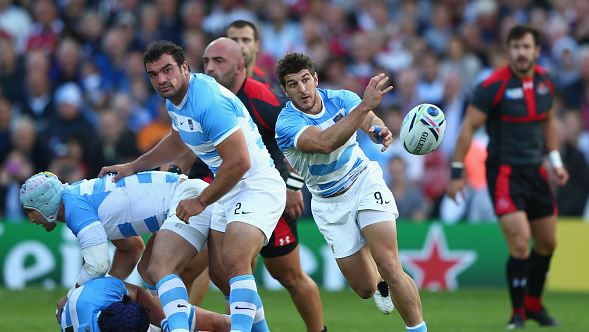 Argentina halfback Tomas Cubelli says his side must be fearless when the Pumas face the Wallabies in the World Cup semi final on Sunday.

"I think it's very important to play without fear. It is very difficult to achieve in a national team where there's a lot of pressure," Cubelli said.

"But I think we could work (on) it during the Rugby Championship when we were playing the best teams in the world and we still tried to play as their equal, and to have an ambitious rugby intention.

The 26-year-old, who has been linked with a move to the ACT Brumbies in the Super Rugby Championship next season, will share halfback duties with Martin Landajo.

Argentina, who are coming off a 43-20 thumping of Ireland in the quarter final, has beaten Australia just twice since 1997.