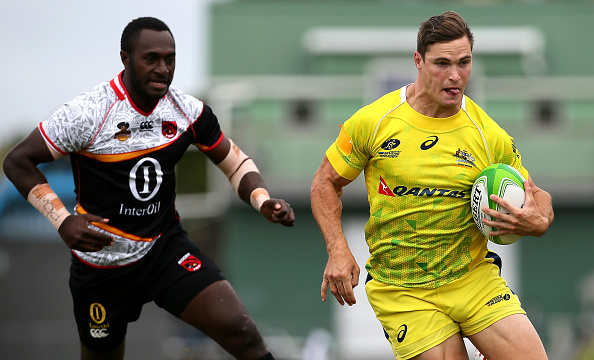 The Australian squad for this weekend's Sydney sevens has been named.

Coach Andy Friend made a total of five changes to the youthful side that came fifth in Wellington, including the inlcusions of Ed Jenkins, who will captain the side, Cameron Clark and Henry Speight.

Wallabies star Quade Cooper was left out of the squad after completing only one training session after making trip from France to be at the tournament.

“Quade is an exceptional footballer and has shown real character to put his hand up and say I want to be part of this team and work hard for this opportunity. That’s exactly what you want," Friend said.

“There is no doubt in my mind that he will be a tremendous addition to the squad as we build towards Rio, but due to circumstances which were beyond Quade’s control, and our control, he just couldn’t get enough work in this week with the team.

“Quade is going to get his opportunities during the series and we are really excited to have him here in our group and with us throughout this preparation. He’ll spend the weekend embedded with the squad as well, that contact is a really important part of his learning process in a different version of the game.”