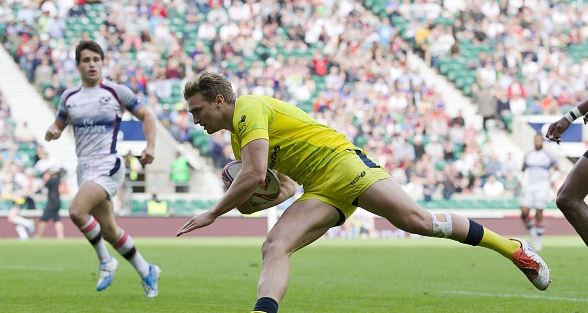 The Thunderbolts showed they would be a genuine gold medal contender by sweeping through the Oceania regional qualifying tournament in Auckland on Sunday.

They emphatically grabbed their cherished Rio berth by thrashing Tonga 50-0 in the final — running in eight tries.

Australia, ranked fifth in the world, had been expected to meet Samoa in the final but Tonga pulled off the upset of the weekend with a 41-5 thumping in their semi-final.