Australia have tested themselves against New Zealand on three occasions since the All Blacks’ series draw with the British and Irish Lions, with Michael Cheika’s side tasting defeat on two occasions and picking up a memorable victory against their fierce rivals in their most recent meeting.

Two meetings in August saw the All Blacks run out 54-34 winners and then 35-29 victors, with New Zealand putting to bed any memories of their frustrating, yet entertaining, three-match series with the Lions. However, in the final meeting between the sides, Cheika’s side picked up a 23-18 victory, handing the Wallabies a perfect parting gift before they head off to the Northern Hemisphere for the Autumn Internationals.

Cheika’s attention will be turning to Japan and the 2019 World Cup, where he will be looking to mastermind an assault on world success once again. Two years ago in England, Australia went within 80 minutes of toppling the rampant All Blacks, but fell at the final hurdle, with the Wallabies suffering a disappointing 34-17 defeat at Twickenham, as the likes of Richie McCaw and Daniel Carter signed out on a high, on the biggest stage. 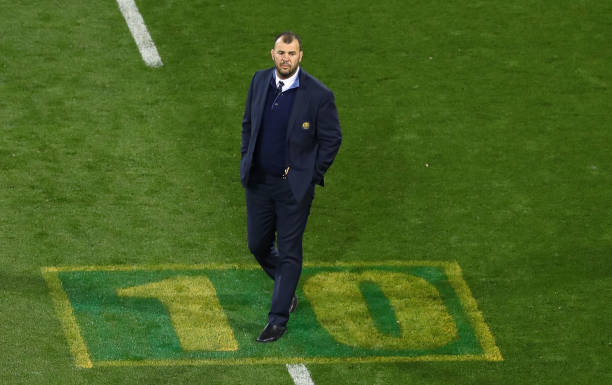 New Zealand are once again favourites to reign victorious in 2019, with the All Blacks priced at 2.10 in the latest odds being offered on bet365’s Rugby Union betting page. However, it is England, not Australia who are expected to mount the toughest challenge to the All Blacks after an outstanding revival under Eddie Jones since 2015.

Australia will face England in the Autumn internationals, and of course, that will give Cheika the perfect opportunity to take a look at a direct rival, who are expected to pose a huge threat in Japan in two years. However, it is not just the contest with the Wallabies Cheika will want to keep a close eye on, it will also be how England manage against Argentina and Samoa in their other internationals.

England have lost on just one occasion under Jones’ two-year spell in-charge, and have managed to also record a 3-0 series victory against Australia in their own backyard. However, the Wallabies have improved since then, and admittedly, so have England, with Jones’ influence becoming more and more apparent as months go by.

Many fancied England to be a success at the last World Cup, but ultimately, the pressure of hosting the competition proved too much for the Red Rose, who were sent crashing out at the group stage, with an Australian masterclass proving to be the final nail in the coffin. Of course in Japan, if England cannot handle the pressure once again of a World Cup, then Australia will not have to worry about their influence. However, under Jones, it is unlikely that will happen, and many are expecting to see them, Australia and New Zealand competing towards the latter stages.

Australia know almost all there is to know about New Zealand, who will be the team to topple, and whilst they will know a little about England under Jones, they don’t see nearly as much of them as they do the All Blacks, meaning Cheika needs to use his time in the Northern Hemisphere wisely, to monitor Jones’ squad and gain a greater understanding of their strengths and weaknesses.