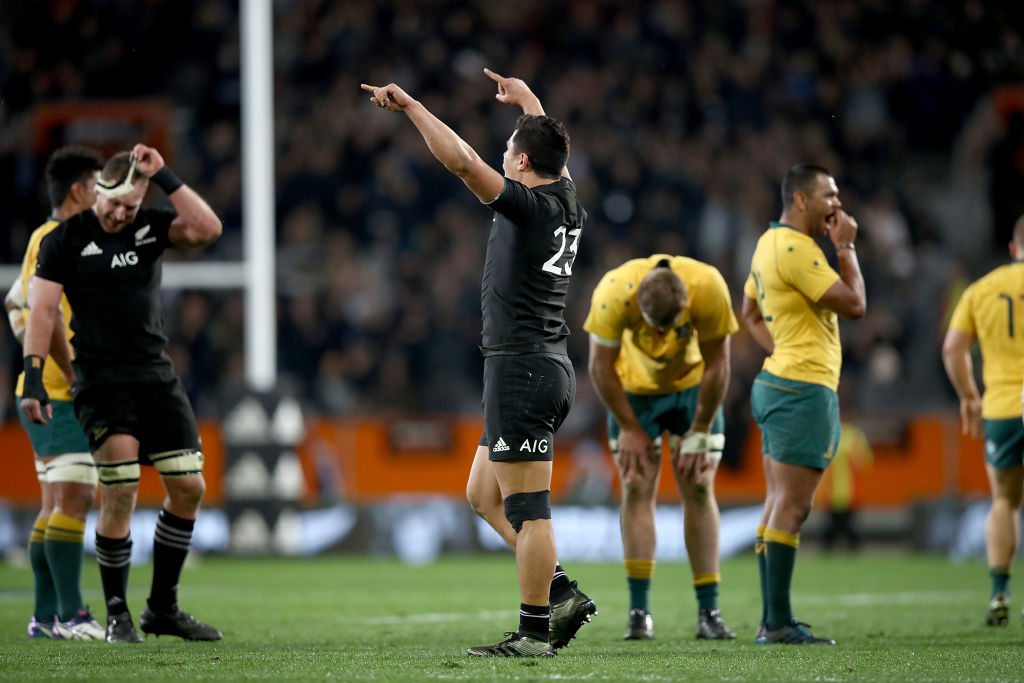 The Wallabies' winless run in the Bledisloe Cup has continued, after a heartbreaking last gasp loss to the All Blacks at Barr Stadium.

After a disastrous 54-35 thumping in game one, Australia responded brilliantly, leading for much of the match, before a 78th minute Beauden Barrett try broke Wallabies' fans hearts.

The Aussies started perfectly, with Israel Folau intercepting a Damian McKenzie pass to cross for the first try of the game in the openign minute.

The Wallabies then managed to get out to a 17-0 lead after 16 minutes, before Rieko Ioane sparked an All Blacks comeback.

But with four minutes to go, Kurley Beale looked to have sealed it for the Wallabies with a try to put them up 29-28.