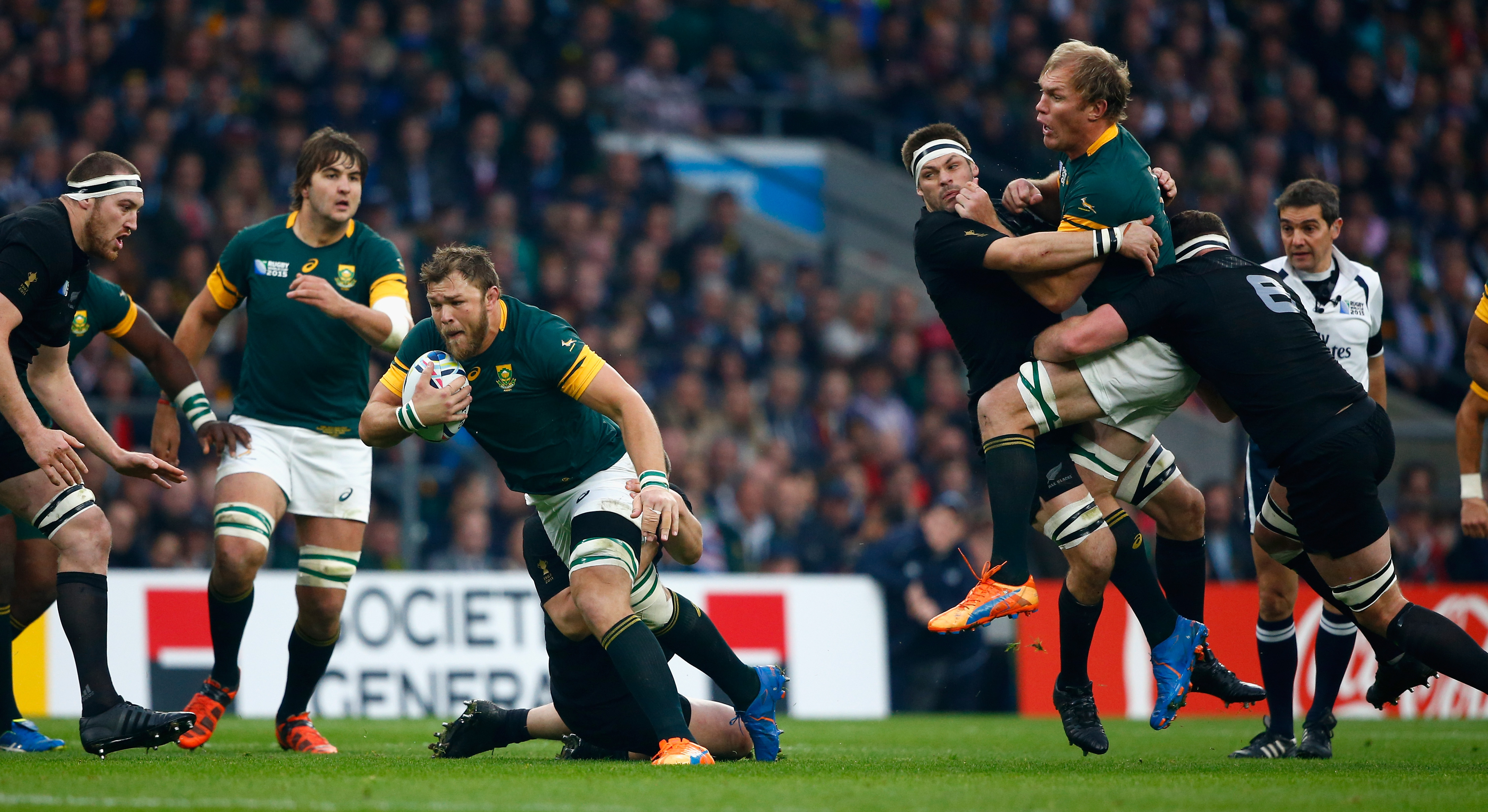 South African coach John McFarland says that the Springboks narrow loss to the All Blacks, proves the World Cup favourites are beatable.

The Springboks led 12-7 at half time in their semi final loss to New Zealand, before being narrowly beaten 20-18.

“It’s a bit late now for me to say that, but yes they are beatable,” McFarland told the UK’s Telegraph.

“I thought the players did us proud, I really did. They gave everything and worked so hard.”

“We actually had six set pieces in their half – two scrums and four line-outs.

“Four out of our six set pieces they gave us 12 points. So we could not build any pressure and in the grey area around the halfway line, we lost line-out ball.

“So we never really got into their half at all and when we did, they gave us 12 points. You can only play what they give you.”