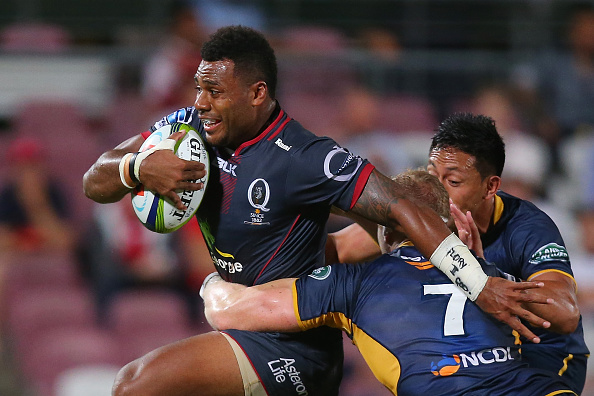 The battling Reds are facing a tug-of-war to keep explosive centre Samu Kerevi from the clutches of the title-chasing ACT Brumbies.

The Brumbies are circling the 104kg centre as their midfield solution for next season when they will be without Wallabies centre Matt Toomua, who is heading to English club Leicester.

The Reds are desperate to keep 22-year-old Kerevi, who is an essential building block in any long-term revival they hope to build from their rocky 0-3 start to the season.