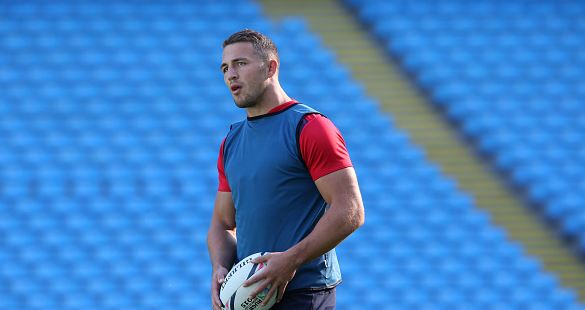 Mike Ford believes Sam Burgess “didn’t have the stomach” to fight for his future at Bath.

Cross-code convert Burgess has left Bath after just a year in rugby union, returning to former club South Sydney Rabbitohs. The 26-year-old admitted his “heart just isn’t in it” on jetting back to Australia, leaving head coach Ford to reveal frustrations at failing to convince Burgess to stay on at Bath.

Ford insisted he laid bare just how much he felt Bath’s coaches and players had invested in Burgess, only for the ex-Bradford Bulls player to continue to chase a return to Sydney.

“All I know is that he didn’t have the stomach to see out his contract,” said Ford.

“For me this was the time to roll his sleeves up and become the player that I thought he could be — and he chose not to.

“You don’t know what he was thinking, it wasn’t until the final talk I had with him that I felt there was nothing more I could do.

“But I did speak to him about that and about what a fantastic player he could be, and about the investment the club and the players had made in him, and that it was time to repay that.

“But he chose differently.”

Burgess wrote in his Daily Mail column that he was “disappointed” to leave the Recreation Ground, but felt he was fighting a “losing battle” in union.