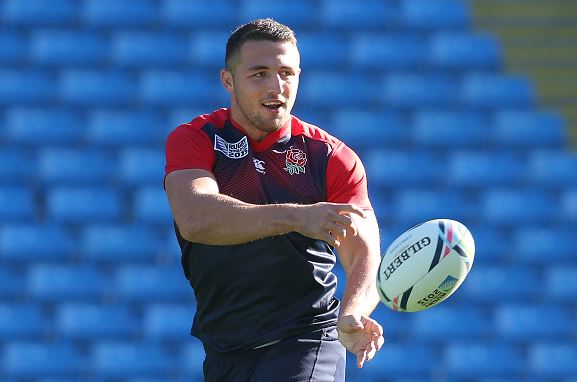 The South Sydney Rabbitohs have signed dual International, Sam Burgess, with the Englishman re-joining the Club until at least the end of the 2018 season, it was announced today.

Burgess, 26, will re-join his only NRL Club, the Rabbitohs, after a 12-month period in English Rugby where he played five Rugby Test matches for England including the 2015 Rugby World Cup, one match for England Saxons and 26 appearances for Bath.

Burgess played 96 NRL matches for South Sydney, including a Clive Churchill Medal-winning performance in the 2014 NRL Grand Final where he played virtually the entire game with a fractured face following a head-clash with fellow Englishman, James Graham of the Bulldogs.

Burgess has also played 17 Rugby League Test matches for England and Great Britain, one game for Northern Union and one game for the NRL All Stars.

Sam will re-unite with brothers George and Thomas at the Rabbitohs in 2016.

“I could not be happier to see Sam coming home to the Rabbitohs,” Coach Maguire said.