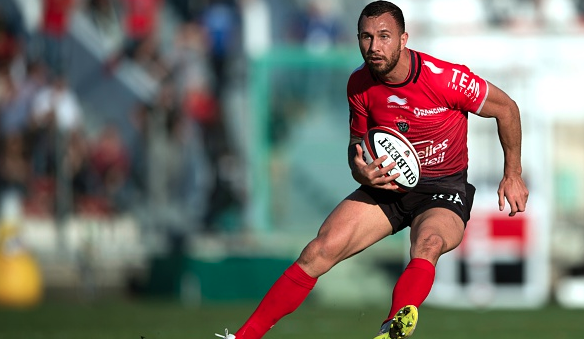 Quade Cooper enjoyed the ideal introduction to the Top 14 as he steered Toulon to a 52-8 thrashing of Montpellier.

Cooper flourished behind a dominant pack, with Fijian winger Josua Tuisova scoring a second-half hat-trick as the home side ran in eight tries to one for a well-deserved bonus point.

“You can see with Quade that after just two training sessions, he’s very much at ease,” Toulon centre Maxime Mermoz said.

“He attacks a lot and doesn’t hesitate to force the pass.”

Cooper was little used by the Wallabies in the World Cup, but showed few signs of ring rustiness in his first run-out for the three-time European champions.

His genius and fallibility were both on show in the first-half: a no-look grubber setting up the second of Lachie Turner’s tries, but a forced one-handed sling pass leading to Montpellier’s intercept try through Julien Malzieu.