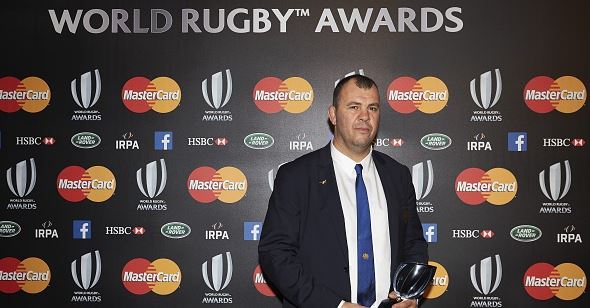 There are reports that English officials are in pursuit of Wallabies’ head coach Michael Cheika to replace Stuart Lancaster following England’s early exit at the Rugby World Cup.

The Australian reported today that RFU president and former England prop Jason Leonard has sought out Cheika about his interest in coaching England.

Cheika, who is contracted with the ARU until the end of 2017, is in demand after he turned the Wallabies into World Cup finalists in the space of a year.

Noting Cheika’s success in the small amount of time that he’s been in the job, ARU chief executive Bill Pulver last week praised the coach for his performance.

“Voted World Rugby Coach of the Year — and that’s in his first year. Imagine how good this guy can get in a couple of years. It’s a wonderful thought.”

But the Australian coach did little to settle the nerves of the ARU when he arrived home from the UK last week, following the World Cup, and refused to comment on whether he would be at the helm of the Wallabies at the next edition in four years.