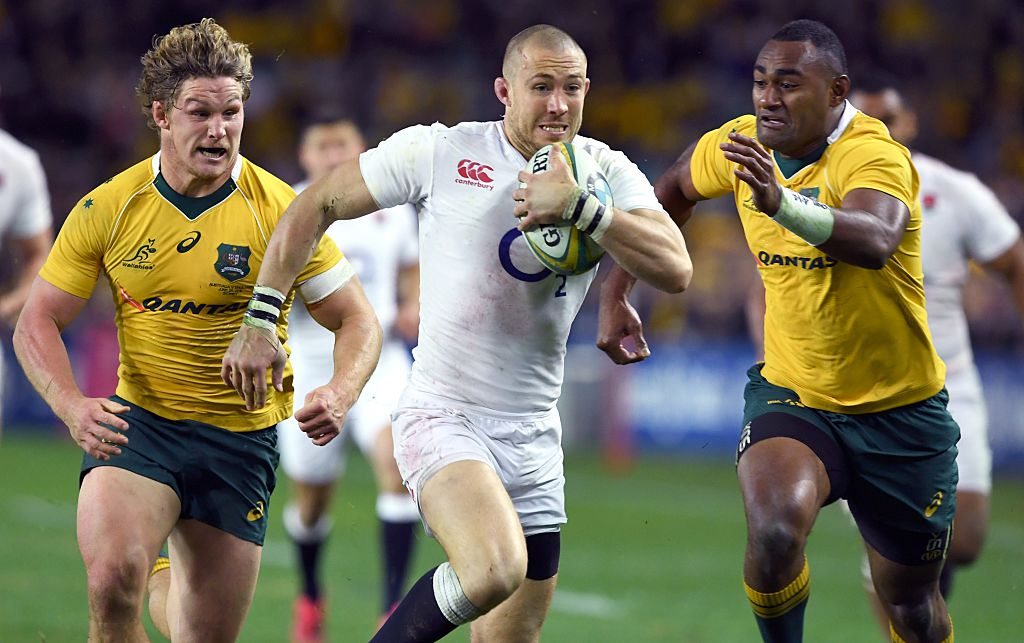 Saturday's clash between England and Australia at Twickenham has been given extra spice after coaches Michael Cheika and Eddie Jones engaged in some trash talk. England boss Jones infuriated his Australian compatriot by calling for a pre-match meeting with referee Jaco Peyper to discuss his concerns about the Wallabies' scrum. Cheika fired back alleging the England’s Dan Cole is guilty of illegally scrummaging throughout his career and also being highly critical Jones’s conduct during England’s summer tour of Australia.

England embarrassed their Australian hosts in the Australian tour earlier this year with a 0-3 whitewash and beat their own record for points scored in a game against Australia twice during the series.

Australia and Cheika will be desperate to avenge that humiliating summer series whitewash and arrive at Twickenham having beaten Wales, Scotland and France, but losing out to New Zealand and Ireland during their end-of-year tour. That 24-27 loss to Ireland in Dublin last Saturday ended their hopes of emulating the 1984 Wallabies by completing a Grand Slam of wins over the Home Nations.

Once his teammate at Sydney club Randwick, Jones was sacked as Wallabies coach after a disastrous 2005 season in which Australia lost eight of its last nine Tests. Cheika is clearly under pressure after a number of poor results this season after the highs of reaching the 2015 Rugby World Cup final. With both coaches very technically knowledgeable, passionate and extremely competitive, it makes for a compelling rivalry.

England are at odds of 2/7 with bet365 to win on Saturday and have the opportunity of emulating their 2003 side by defeating Australia to go through the year unbeaten. Jones was actually the Australia coach in 2003 when England last achieved the feat by defeating the Wallabies in the World Cup final. The head coach has been in a jovial mood after his side overcame Argentina despite playing all except the opening four minutes of the match at least a man down, after the wing Elliot Daly was sent off for a dangerous challenge. Jones might be more concerned about claiming bragging rights against his former employees than setting records but could have an eye on overtaking New Zealand in the World Rugby Rankings.

Wallabies Look to the Future

Although the Grand Slam of Home Nations is gone, the Wallabies will attack Saturday's season-ending clash against England with the same ferocity as they look to gain some pride against the old enemy. A win over England will finish the season off the right way and lift the coach and players after the disappointing defeat to Ireland. The team will be frustrated at their results this year, particularly the embarrassing 3-0 series loss to England on home soil. They have reason for optimism as they actually scored more tries than England in the tour and have continued to look dangerous at times, especially in their win over Wales in early November.

Every game between England and Australia is massive and the fact that the coaches are bickering, England are dominant and Australia need to restore some pride should make this match intriguing viewing.