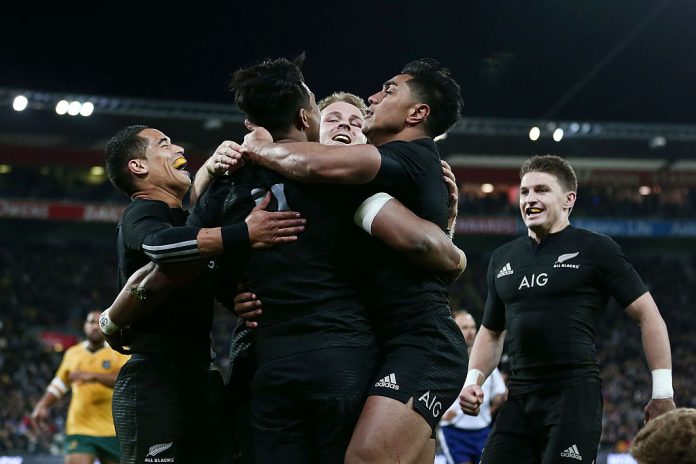 The last time I wrote an article like this, the first comment I received was “why limit it to five?”

I chuckled to myself, and agreed, because indeed, there are not just five things New Zealand are doing better than Australia – it's almost everything.

But for the sake of my own sanity, let’s limit this article to five. The last piece I wrote was five ways the Wallabies had changed over the past 12 months. This time, let’s focus on what New Zealand is doing far better.

NZ have obviously prepared far better than the Aussies for this years’ Bledisloe Cup, starting with a 3-0 victory over Wales in June, but that’s not where it ends.

The All Blacks are known as one of the best preparing teams in not just rugby, but sport as a whole.

Ahead of Bledisloe I this year at Stadium Australia, one of the few grounds in the world where New Zealand have a losing record, vice captain Ben Smith spoke of the difference in the preparation between the two sides.

“We’ve been concentrating on what we’re going to bring and the attitude we’re going to take towards this game. That’s a big emphasis for us,” Smith said.

“I’m sure the Aussies will be planning their game plan and trying to mix things up but for us it’s really getting our attitude right for this week.

“Whoever turns up on Saturday with the right attitude is going to go a long way towards doing the business and getting that Cup”.

In spite of a poor record in Sydney, Smith was 100% right. His All Blacks were the ones who showed up with the right attitude, and the week after that, they’d won the Cup back for the 14th time.

Although the Wallabies have made it easy for them through selections, New Zealand’s forward pack has absolutely monstered that of Australia’s.

On paper, the gulf on talent is not as obvious as in other areas of the park. Both packs are fairly evenly matched. But what’s killed the Aussies is their inability to make the gain lane and get past it, and subsequently let NZ do so all day.

For all its World Cup brilliance, the ‘Pooper’ combination of Michael Hooper and David Pocock has not been up to scratch this year, and employing a back row with both Scott Fardy and Pocock in it has given the Wallabies almost no go forward.

Selecting big, bruising and spiteful Adam Coleman last week was a step in the right direction, but there should be a fair few Australian forwards sweating on their spots for next week. Unfortunately, there probably won’t be.

In case you haven’t been watching the Bledisloe Cup this year (and I don’t blame you), what has arguably been most impressive about the All Blacks this year is their defence, particularly out wide.

Losing talented and experienced backline defenders such as Dan Carter, Ma’a Nonu and Conrad Smith, and you would be forgiven for thinking there may be some drop off in how New Zealand defend out wide.

You can understand the surprise of Australia then when they have been unable to pass NZ’s defence in almost 160 full minutes of rugby.

The combinations on the edges have somehow managed to improve, and it’s a credit to the All Blacks’ coaching staff that they have identified a potential area of weakness and turned it into a strength

Another trademark of All Black rugby that has only gotten better this year, New Zealand have gotten better at lineout time both for and against the throw.

For starters, NZ have not lost a lineout thus far in the Bledisloe Cup 10/10 in Sydney and 20/20 in Wellington – all the class you’d expect from the All Blacks and more.

They also lead the Wallabies 8-0 against the throw, with a fair few of those lineout steals coming from a penalty and a subsequent kick for territory from Australia, who then proceed to turn the ball straight over from their own throw.

This would have Michael Chieka banging his head against the wall. His team is seeing precious little ball up their opponents’ end without throwing it away over 30% of the time at the lineout.

Believe it or not, the penalty count through the first two Bledisloes has been fairly even. As it stands, the Aussies have only conceded one more, with the score 22-21.

Where the Wallabies are falling down in their discipline is their treatment of the referees – first Jaco Peyper and most recently Romain Poite, who was post match accused by Michael Chieka of secretly meeting with the All Blacks head coach Steve Hansen prior to the match.

Australia and captain Stephen Moore have already been heavily criticised in their own media for mistreatment of the referees, and this is the last thing Aussies wanted to see right now.

Darling of the rugby world they may be, this is another area of the game New Zealand just do 100% better than the Wallabies.