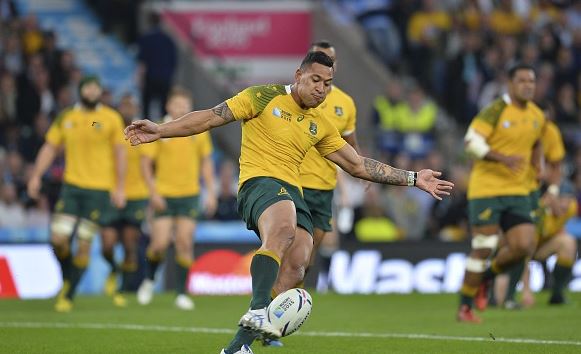 Wallabies fullback Israel Folau will be sidelined for three months after scans confirmed he will require surgery on an ankle injury sustained at the Rugby World Cup.

Folau suffered the injury in the World Cup clash with England, but played through the injury the following weekend in the Pool A decider against Wales before missing the quarter-final against Scotland.

He then returned to start in the semi-final and final.