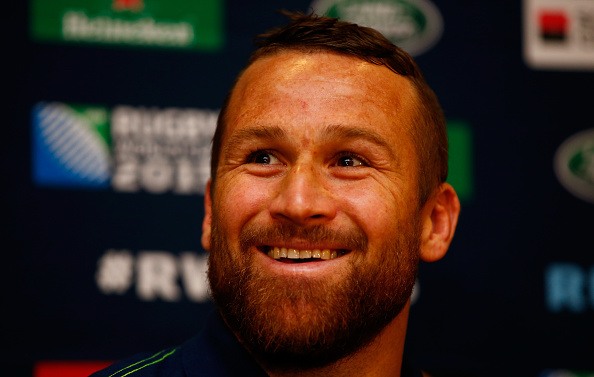 It has been revealed that Matt Giteau has forfeited payments of up to $250,000 to play for the Wallabies in this year's World Cup.

Due to an ARU eligibility rule change back in April dubbed "Giteau's Law", changing from ineligibility for any overseas players who had played more than 60 Tests and seven years in Australian Rugby.

Giteau along with Drew Mitchell will take to the field in Sunday Morning's World Cup Final against the All Blacks, the first time the two nations will meet in a World Cup Final.

"I knew the idea was floating around, but i thought it was around for the players who were leaving to play overseas next year, like Will Genia and Sekope Kepu," Giteau said.

"I didn't get overly excited, I didn't think it would be fore more, especially in a World Cup year. You pick your team in advance. I thought my time had passed. Even when my name was being thrown around i thought, this can't be right. I would've heard something."

The 100th cap man said he never envisaged himself lining up for the Wallabies in the World Cup, speaking of his admiration for the national side before the match up with Argentina last weekend.

"I never thought I'd be playing in a World Cup semi-final a year ago," Giteau said. "I thought i'd be doing a couple of speaking gigs to get a bit of cash. That was the plan but its just been an amazing ride for me this last six months," he said.

It is understood Giteau and Mitchell have earned around $100,000 in Wallabies match payments and through commercial arrangements, but it is a fraction of their hefty salaries at French Ruby side Toulon.

The 33-year old will reportedly be the second highest paid player in the world in 2016, earning $1.9 million per season. New Zealand's Dan Carter is set to earn a staggering $2.14 million per season with Racing Metro in France.

Giteau and Mitchell have been among the Wallabies' most valuable players in their charge to the 2015 World Cup Final.

Catch the showpiece event from 2:00am AEST on Sunday morning.