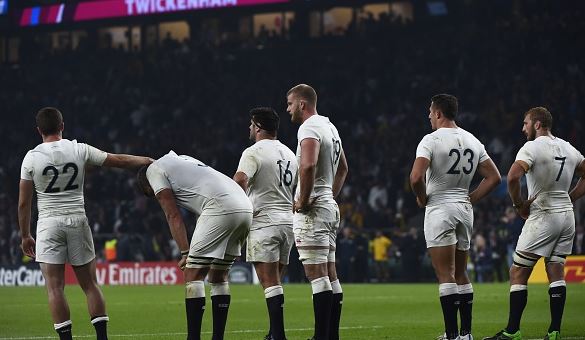 It was an unfortunate World Cup for Ireland, who had promised so much beforehand, but in the end were ravaged by injuries and were unable to deliver.

The Irish lost arguably their two best players, captain Paul O’Connell and Jonny Sexton, to injury right before their encounter with Argentina in the quarter finals, and nearly a third through suspension.

They were always going to struggle with rhythm losing two pivotal cogs, and it showed, as they were sporadic and far off their best against Los Pumas, and a cup that promised so much ended up delivering so little.

France's world cup campaign was much similar to that of Ireland – one that was unfortunately disrupted, and ended far too early.

Reports of a player mutiny against outgoing coach Phillip Saint-Andre surfaced the week leading up to their clash with New Zealand, and it showed, as the Kiwis dominated them, winning 62-13.

For a team that always proves dangerous at World Cup time, it was disappointing to see them trounced so easily at the quarter final stage.

Many others would be quick to give England a 1 for their efforts at their own World Cup, but given the circumstances, I am happy to reason and give them at least a 5.

The English put up great fights against first Wales and then Australia at Twickenham – and perhaps they should have won at least one of them – but they didn’t, and that was their eventual undoing.

Placed in any other pool, maybe they would have made the quarters. They hardly played badly, but they didn’t get the results, which is all that matters at the World Cup.

Many will campaign for a higher score for Scotland, given their effort against Australia that would have made William Wallace proud. However they did not get the result, which is all that matters at the WC.

Admirable throughout the pool, everyone thought the Scots would be canon fodder against the mighty Wallabies, but they proved exactly the opposite on game day, putting in a performance worthy of the many Braveheart references.

Many feel that Scottish rugby is quickly ascending to the heights it once saw in the early part of the decade, and hopefully so, because such a proud nation deserves a rugby team to be proud of also.

Without doubt their efforts this World Cup made their country proud.

Oh how I would love to give Japan at least a 9 for their monstrous efforts this World Cup, but that is a score reserved only for semi-finalists.

The upset of the tournament came from Japan when they lived up to their ‘Brave Blossoms’ nickname, defeating South Africa 34-32 in their finest ever hour.

That victory, plus their upcoming inclusion in Super Rugby through the new team, the Sunwolves stands the country in great stead for their hosting of the next World Cup in 2019.