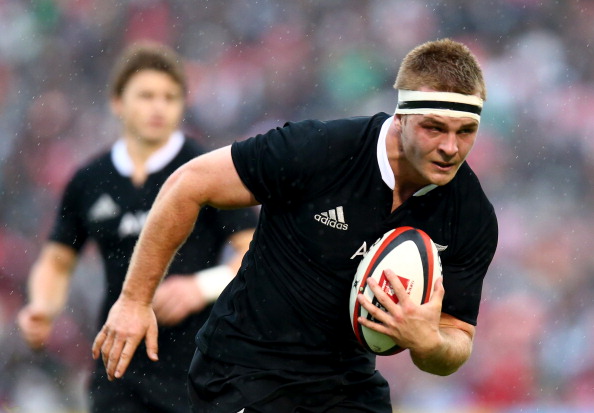 Still one of the best loosehead props in the world, Wyatt Crockett looks certain to add to his 45 test caps this June against Wales. Now 33 years old, Crockett may be getting a bit long in the tooth, but will need to be at his best against a strong Welsh scrum.

Many consider him to be the best hooker in the world right now, and it’s hard to disagree. Dane Coles has been fantastic in taking over the captaincy of the Wellington Hurricanes this year, filling a massive void left by Conrad Smith.

Speaking of the best in the world at their position, Owen Franks is not far off the top of the tree in the number three jersey. At just age 28 and approaching 80 caps, it would not be crazy to see yet another New Zealand prop reach 100 over the next few years.

2014 World Rugby Player of the Year Brodie Retallick and locking partner Sam Whitelock are automatic selections for NZ. Against an equally as potent Welsh second row, Retallick will need to be at his best, particularly in the line out.

This upcoming test series, Sam Whitelock will be going up against Wales legend Alun Wyn Jones, which will be a tall order (no pun intended). Given that the set piece will be the best chance for the Welsh to assert some dominance, the All Blacks will have to be perfect here.

Although it defies New Zealand rugby logic (which is hard to ever disagree with), some within the country are calling for Jerome Kaino to be dropped and replaced with a younger option at blindside flanker. For me, Kaino has earned his luxury to retire an All Black on his own terms.

Anointed the successor to Richie McCaw long before the great man retired, Sam Cane now has the opportunity to take his long coveted black number seven jersey full time. A dominant force at the breakdown and in open play, he has a chance to be the next great NZ flanker.

The new New Zealand El Capitan will need to be even more influential at the back of the scrum with Richie having called it quits. However, no one doubts the ability of the 2013 World Rugby POTY to do so, and most expect him to have his best year ever.

Many thought Aaron Smith might win the 2015 WR POTY, but when he wasn’t even nominated, there was outrage. It won’t bother Smith though. As the world’s best halfback, he will firmly be focused on being one of the leaders of the new generation of NZ rugby.

Possibly the position the All Blacks are deepest at, it speaks to the kind of talent of Aaron Cruden that it will likely be him in the 10 jersey when the June test kick off. Another player who will look to make his mark after the retirement of a slew of New Zealand greats.

Julian Savea received his second nomination for POTY in a row last year, which shows the kind of trajectory his career is on. If he can work on his game around the field, both at the breakdown and defensively, he may well announce himself as the worlds’ best player.

Some guys just get to that level where you must do anything you can to have them in the side. Beauden Barrett is now at that level, and with two irreplaceable at 10 and 15, I would employ him at inside centre, or “second five” as they call it in NZ.

Not everyone is sure whether Malakai Fekitoa is better at 12 or 13, and he may well play both in June, but given his running ability and play for the Otago Highlanders are the latter, that’s where he slots into this lineup for me.

Although he has not played on the wing since he did for this team in 2010, Israel Dagg is another that is playing too well to ignore – especially given the injury to incumbent Nehe Milner-Skudder. Other whispers are that he may play fullback, with incumbent Ben Smith moving into the midfield.

As earlier mentioned, despite being the world’s best fullback, Ben Smith is no certainty to start there next week. In fact, he has played 13 professionally before, and even played scrum half at school. That’s versatility.