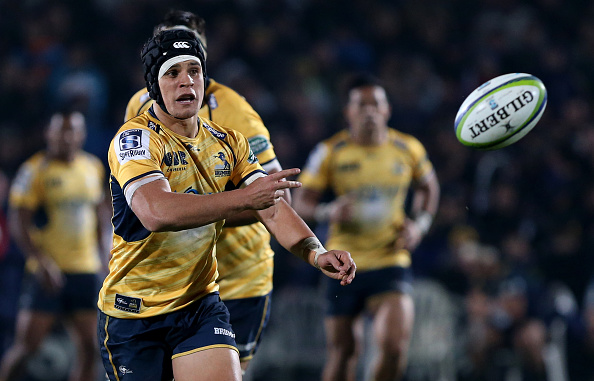 There has been a lot of conjecture over who should and shouldn’t be picked for Australia to play against our greatest foes the English – and game one in Brisbane left us with more questions than answers.

With this in mind, let’s have a look at a potential Wallabies’ “second xv” – those just one injury or one poor game from an incumbent away from cracking the side.

To qualify, a player cannot have been selected for games one or two of this most recent test series against England. They can however, be in the wider squad.

Allan Alaalatoa has plenty of fans in Aussie rugby, and as much was evident after being handed his first squad call up after only a handful of games for the ACT Brumbies. Don’t be surprised to see him named in Game III.

With all the young font row talent in the country, 72 test veteran Ben Alexander’s test career has hit the skids, with no certainty of it resuming any time soon, especially considering the retirement of long time scrum partner Benn Robinson. Still the next best at his position in Aus.

Was one of the casualties of the squad cull from Michael Cheika, but still holds the mantle of third choice hooker in Australia. May be taken by Andrew Ready in the near future but Hanson still a viable option.

Locks: Kane Douglas and Will Skelton

Kane Douglas would probably be coming off the bench at least if he were fit, but with the big lock sidelined, he is relegated to a spot in this article. True value to the country was realised last World Cup.

Will Skelton is arguably the most divisive player in Aussie rugby at the moment. At his best, he is a game changing monster, one of the world’s best. At his worst, the opposition is playing with 16. Seen slightly too much of the latter this season.

Were he born in any other country (perhaps even New Zealand) Matt Hodgson would be an international superstar, veteran of 50+ tests. Unfortunately, the 34 year old is stuck behind two future hall of famers in Michael Hooper and David Pocock. Hard luck.

Much of the same as above applies to Liam Gill, and at the end of the Australian season, he will be lost to the Wallabies, presumably forever, as he has signed with French giants Toulon.

Almost 60 tests later and still going strong, Wycliff Palu has been ever so close to adding to that tally this series, but has just missed selection both games. The level he’s at his admirable considering he missed pre-season through a short-lived retirement.

Ignoring the much maligned “Powellgate”, if push came to shove, it would most likely be Nic Stirzaker suiting up as the Wallabies’ halfback if need be – even after an indirect diss from Michael Cheika.

Many thought that Mike Harris’ 15 minutes of fame in a gold jersey had come and gone after his test winning penalty goal against Wales in 2012. Four years on and another test squad selection shows that he is still on the new coach’s radar for an 11th international cap.

Michael Cheika peculiarly brought both Taqele Naiyaravoro and Leroy Houston back to Aussie rugby from overseas, but has not played the former and dropped the latter altogether. However both are still clearly not far off.

Were he not injured, it is very like Joe Tomane would have played both tests this year. On form, he is arguably the best in the country at his position.

Ditto to all of the above for Matt Toomua, who should rightfully have been wearing Wallaby gold if not for a poorly timed injury right before squad selection. May be sighted in the third test and almost certainly The Rugby Championship.

Many thought that Karmichael Hunt was not quite at test level yet, but Michael Cheika clearly thought otherwise, naming the three-code star in his Wallabies squad. Was almost handed a debut, but Queensland teammate Samu Kerevi got the gig instead.

Reece Hodge was another who was surprisingly called up to the squad due to an injury to Mike Harris. It is good for the young Melbourne Rebel to see a year of great Super Rugby play pay off in the best way possible.