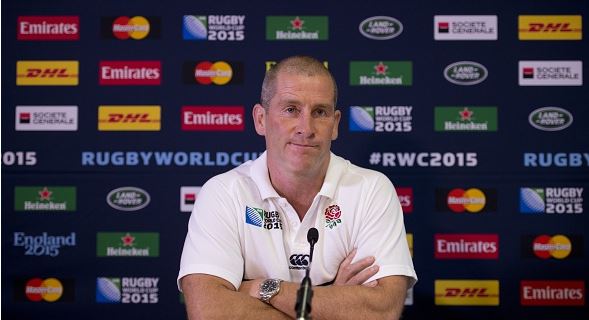 Stuart Lancaster has stepped down as England rugby coach by 'mutual consent'.

England's Rugby Football Union made the announcement on Wednesday.

“I am obviously extremely saddened to finish the way we did in this World Cup and to step down from the role,” Lancaster said in a statement.

“As I have always said, I ultimately accept and take responsibility for the team’s performance and we have not delivered the results we all hoped for during this tournament.”

Lancaster coached the national side for three and a half years, but he was widely tipped to be given the flick after England failed to make it out of the group stage of the World Cup for the first time.