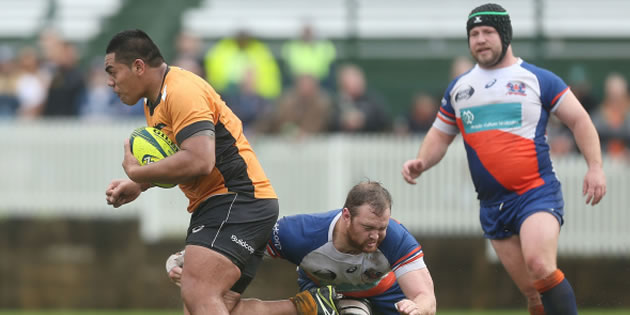 Yet another Waratahs player has been poached by Kiwi rivals the Crusaders, with prop Michael Alaalatoa to join Ben Volavola at Christchurch in 2016.

Alaalatoa has signed with the Kiwi powerhouse after spending the 2014 and 2015 seasons at NSW for just one Super Rugby cap.

The 24-year-old tighthead decided to make the move to New Zealand to play in the ITM Cup with Manawatu Turbos, and has impressed Crusaders officials so much that they’ve given him a fulltime contract.

Crusaders forwards coach Dave Hewett said: “We’ve been keeping a close eye on the options at tighthead prop since Nepo Laulala’s decision to shift to the Chiefs, and Michael has been one who has really stood out."

“He’s put in some impressive performances for the Turbos and, importantly, has really grown across the season."