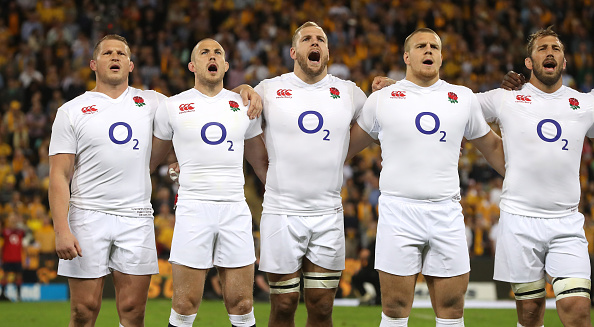 Just last year we watched on as the World Cup semi-finals were played with not one Northern Hemisphere team present, for the first time in history.

Wales were overpowered by South Africa, Scotland controversially pipped at the post by Australia, Ireland outdone by Argentina and France thumped by New Zealand in the quarterfinals; not to mention England failing to make it out of the group stages of their own World Cup.

Nine months ago The South was quite rightly proud of their achievements, their dominance in rugby and their self-declaration of Super Rugby and The Rugby Championship being superior rugby tournaments to those of the North was starting to hold weight.

In the North heads hung low, jobs were lost, questions were asked but The Premiership, Pro12 and European Rugby trudged on despite the gap between North and South seemingly having grown beyond repair.

But this year we have seen a fantastic 6Nations, possibly the best for some years where Wales and Ireland finished level at full time in Dublin after a fantastic display from both and England secured their first Grand Slam since 2003 under the new direction of Eddie Jones and co. Equally, an English team won the European Cup against the French heavy weights for the first time since 2007 – confidence building, yes, but in all of these achievements there was no competition from the south.

What could these tours produce?

Another embarrassment for the North?

A white wash for the South was certainly a possibility and the Australians certainly made it clear, through some controversial advertising that upset Eddie Jones, that in their eyes a 3-0 white wash of the English was the only plausible result.

What a contrast we had:

Here in Australia England managed their highest points tally against Australia, at a venue they had previously never managed a test win against the Wallabies, winning 39-28.

Ireland managed to grind out a famous 26-20 victory against a strong South African team with 14 men on the pitch for the majority of the game – 13 men for a period - after CJ Stander was shown a red card and Robbie Henshaw yellow before half time.

Also in South Africa the South African A team were left with their tail between their legs as the English Saxons team, packed full of English caps, dominated in Bloemfontein to win 32-24.

And in New Zealand, despite losing the game 39-21 in the end Wales went into half time with a lead against world champions New Zealand at their home fortress Eden Park, where the All Blacks have not lost a game in over 20years!

Were the Southern Hemisphere teams complacent in the inabilities of the North going into the weekend or was the stark reality of the World Cup failings a much needed wake up call for the North?

While we have plenty more rugby to come over the next two weeks, and we don’t want to get carried away after just one week of games, there has been a huge amount of character shown from those folk from the north venturing south – certainly enough to cause concern in all three home camps. The touring teams showed great soul in their first outings by not letting the bitter memories of last year play negatively on their performances; all three teams played with confidence, playing the game plans they wanted to play rather than be dictated to by the opposition and they all played together as a team, united in the desire to prove themselves again against the forces of the south.

But, can they carry this through to games two and three?

Australia, in the professional era, have never lost the second test of a three test series, including those against The British & Irish Lions. South Africa never take a home loss well and will come out fighting next week in Johannesburg and in Wellington New Zealand will be looking to be well clear of their opposition going into half time this time round.

Right now it is unclear whether we see more Northern Soul or a bounce back from the Southern teams this week but what is certain is we have some first-rate test rugby ahead of us and fixtures that we can be very excited about.