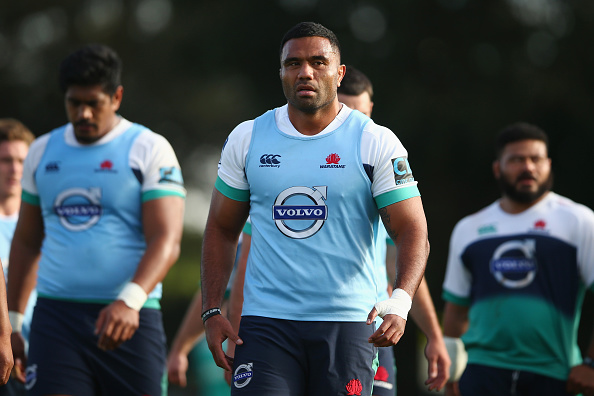 Wycliff Palu’s Wallabies career might not be over after all after the hulking No 8 re-signed with the Waratahs and the ARU on Monday.

It was thought the 33-year-old’s Test career was over after he injured his hamstring against Uruguay at the 2015 Rugby World Cup.

Palu had signed a post-World Cup contract with Toyota Verblitz in Japan’s Top League but the injury meant he was unable to take the park.

As reported by Fox Sports News in December, that opened the door for a return to the Tahs, who also announced the signing of halfback Matt Lucas as part of a 38-man extended squad for the 2016 Super Rugby season. Palu has played 121 games for the Tahs.