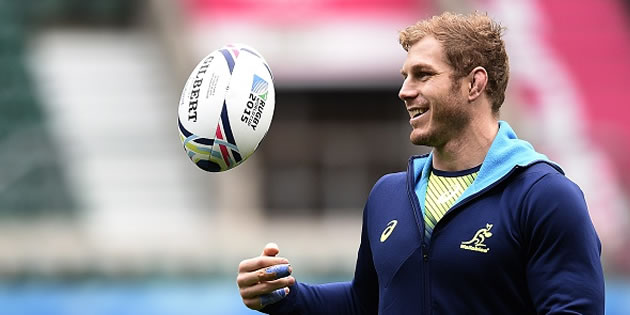 The Wallabies have received a massive boost ahead of their World Cup semi-final with star duo David Pocock and Israel Folau named to start after the pair trained properly on Friday for the first time this week.

Powerhouse prop Scott Sio was ruled out for the clash with Argentina at Twickenham on Monday morning, and will be replaced by James Slipper, but the news was otherwise rosy for Australia who’d feared the worst about their injured no.8 and no.15.

Pocock (strained calf) and Folau (ankle) both missed last weekend’s quarter-final and have barely trained this week but the pair finally made it on the paddock for a full session at the team hotel.

They were later named in the run-on side and the only doubt about them playing now will come if either pulls up lame and can’t get through the captain’s run on Sunday morning.