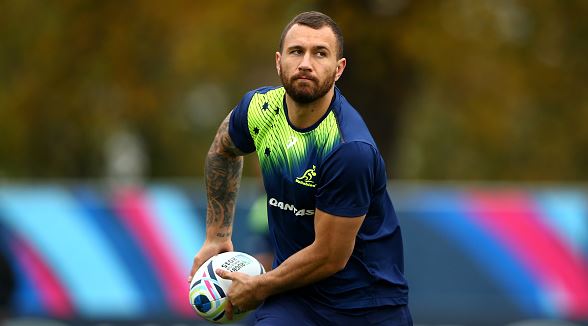 European champions Toulon will be looking to maverick fly-half Quade Cooper to kickstart their French rugby season at home to Montpellier on Sunday (AEDT).

The reigning three-time European champs come into the Top 14 clash in eighth place having lost four of their opening seven matches.

The big-spending giants’ squad was ravaged by World Cup absences during the first part of the season but will be able to count on Cooper this weekend.

Cooper’s Australian teammate Matt Giteau has been given time off to recover from his World Cup exploits, Frenchman Frederic Michalak is injured and South African Willie du Plessis is on his way to second-division Bayonne after his short-term contract as World Cup cover ended.

It leaves former Queensland Red Cooper as the only senior specialist fly-half in Toulon’s ranks.

And his inclusion could not come soon enough with the team already 11 points behind Top 14 leaders Clermont.