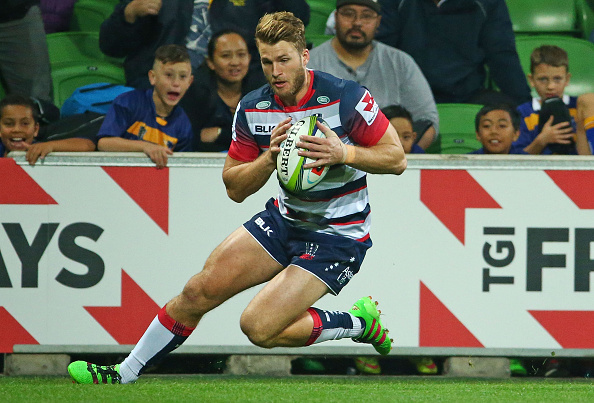 The Melbourne Rebels have lost Test winger Dom Shipperley for the remainder of the Super Rugby season due to an ACL injury.

Shipperley sustained the injury early in the first half of the Rebels' loss to the Hurricanes on Friday night.

“We’re shattered for Dom, he’s been a consistent performer during the first-half of the year for the Rebels, but unfortunately a contact injury has prematurely ended his Super Rugby season,” Rebels general manager Baden Stephenson said.

“The Rebels will make sure that we support Dom throughout his rehabilitation process and look forward to seeing him back big, stronger and better than ever.”

Meanwhile, teammate Micth Inman will miss the next three to five weeks due a hand injury he sustained during the Rebels' win over the Waratahs in Round 6.

The Rebels face the Cheetahs at AAMI Park on Friday night.