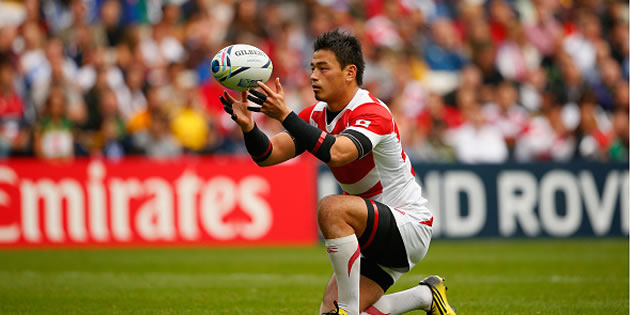 One of the architects of the greatest World Cup upset in history could be playing for Queensland next year, with the Reds looking to sign Ayumu Goromaru to replace James O’Connor.

Goromaru scored 24 points as Japan defeated South Africa 34-32 at the World Cup on September 19, sealing the most famous boilover in the tournament to date.

The goal-kicking fullback would be a handy replacement for O’Connor, who was released a fortnight ago on welfare grounds so he could return to play in Europe for Toulon.

The Reds are hopeful of securing Goromaru for the 2016 to bolster a backline that will also lose stalwarts Quade Cooper and Will Genia.