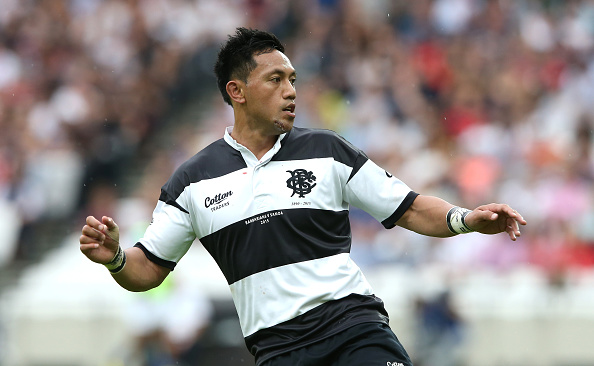 Australia is currently second in the World Rugby Rankings, not far behind New Zealand and followed closely by South Africa. So naturally, there are some pretty talented players just missing out on Wallaby selection.

In line with the start of the Super Rugby season, here is my Wallabies’ second XV. To qualify, a player cannot have featured heavily for Australia in 2015, even off the bench, but can have featured in Wallabies squads.

Watch for some of these future stars to crack the team this year.

Toby Smith did feature in 2016, making the World Cup squad without a cap to his name. In the 3 opportunities he was afforded, he showed his domestic rugby experience, and earmarked himself for more caps this year.

With the age of most of Australia’s best props (Greg Holmes 32, Sekope Kepu 30), do not be surprised to see young Brumby Allan Alaalatoa crack a Wallabies squad in place of more experienced options Benn Robinson and Ben Alexander. He has strong pedigree, having represented Australia in the Junior World Championships from 2012-14.

James Hanson suffered through injuries all last year, costing him what would’ve likely been a World Cup debut. The impressive young hooker is looking to impress this year, moving to Melbourne to showcase his skills as our current crop of twos head towards retirement.

Since winning man of the match on debut in 2014, Sam Carter has only added 11 more caps to his name, due to injury and depth at the position. At his best, he is an automatic first xv selection. Can he find that form in 2016?

Luke Jones has already been capped 5 times for Australia, and given his age as well as the depth in the position in this country, that’s pretty impressive. The Melbourne Rebel impressed in his handful of opportunities also, and will be right in the mix this year.

Liam Gil is regarded as the best pure flanker in the country by some experts. He can play on either side of the scrum and his long protruding limbs allow him great fetching skills. Unfortunately, he has for some reason not been able to add to his tests tally of 13.

Matt Hodgson is in a similar boat to his contemporary Liam Gill, both whom have struggled to surpass the greatness of the current Australian back row. Were he born in a different country, one would think Matt Hodgson would’ve played many more tests than 11.

Word going around is that Ita Vaea was almost named in the World Cup squad, and would be the first back-rower flown over in case of injury. One would list him making his test debut this year as almost a certainty.

There seems to be a fair bit of discussion as to who the second-best scrumhalf in the country is right now behind Nick Phipps, and if we were selecting that man’s injury replacement, Nick Frisby’s domestic experience wins out over Nic Stirzaker for me.

Most Australian rugby fans were bemused at Michael Cheika’s continual selection of Quade Cooper over Christian Leali’ifano, but now that Quade has switched to sevens, there should be no problem giving ‘Lilly’ the run he deserves.

For years, Kyle Godwin has been labeled “Australia’s next big 12” in the post Tim Horan era. Despite failing to live up to that expectation so far, Godwin is still only 23, and showed white-hot form last year before being moved to 13.

The Samu Kerevi star has been slowly rising ever since he burst onto the scene in 2014 with Brisbane City. It seems he’s just one backline injury away from making his long-awaited Wallaby debut.

Rob Horne is not everyone’s cup of tea – he may be the slowest winger on the international circuit – but he’s a monstrous defender for his size and has shown the ability to beat defenders even without blinding pace. A Michael Cheika favourite.

Joe Tomane is very much the opposite of Horne. He’s fast, burns most with his pace/size combination, but is annoyingly error-prone – a big-time no-no of international rugby. If he can work on his defence and error rate, he can easily be a first-choice winger.

This may be the biggest surprise yet of the article - Dane Haylett-Petty has flown under the radar in his journeyman career, but last year with the Force he really began to hit his straps. He often beats the first defender and is good under the high ball. A well-kept secret of Australian rugby waiting to showcase his talent.