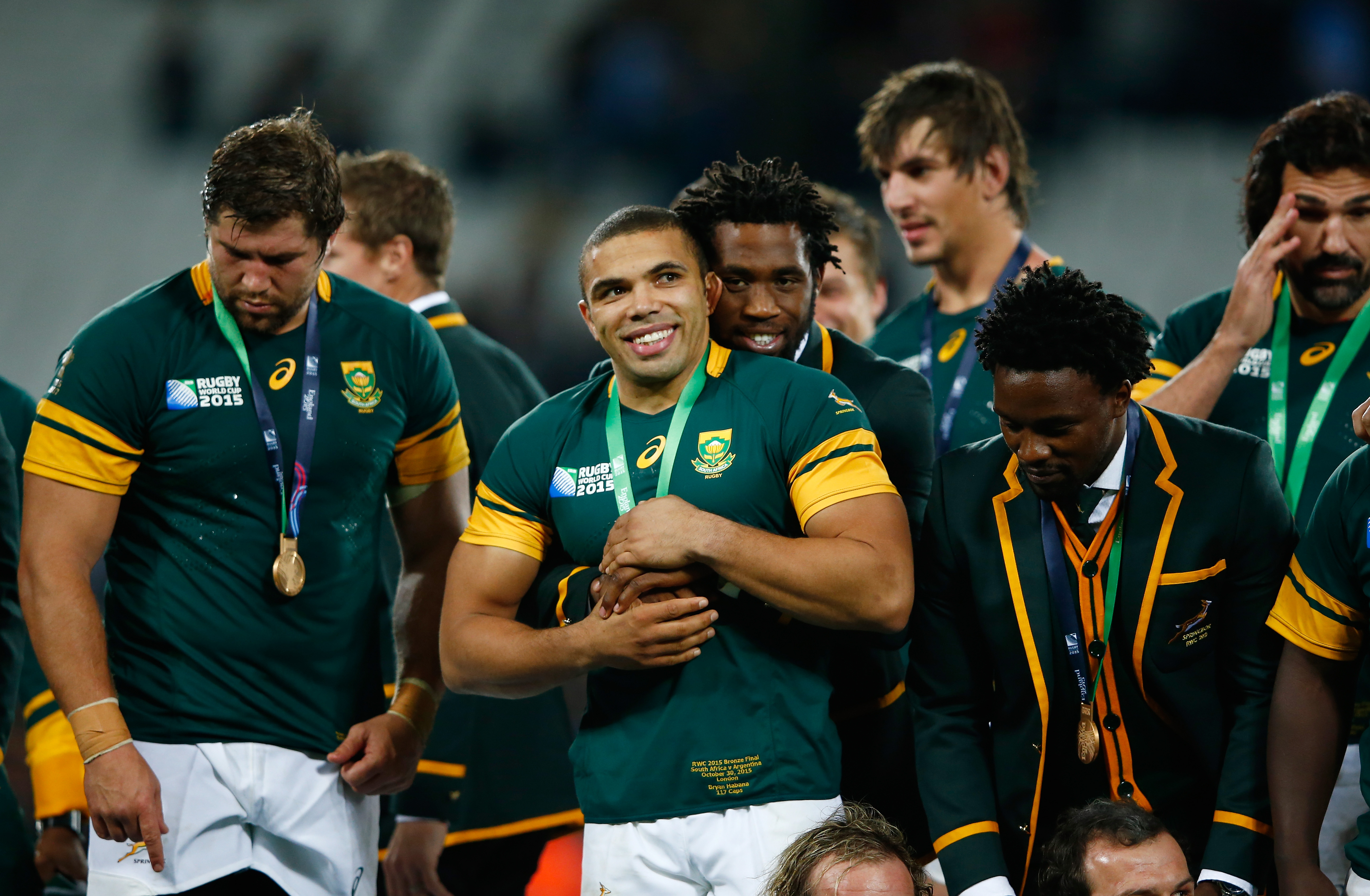 But in what is likely to be the 32-year-old wing’s final World Cup match, Habana squandered several chances before being taken off in the 67th minute by Springbok coach Heyneke Meyer.

Fly-half Handre Pollard kicked 14 points as South Africa, who started the tournament with a shock defeat by Japan in the biggest World Cup upset of them all, finished on a high to come third as they did in 1999.

Springbok flanker Schalk Burger, captain for the day Victor Matfield and then Habana, all world champions in 2007, were replaced in the second half to a standing applause from a crowd of more than 55,000 as they made their farewells.