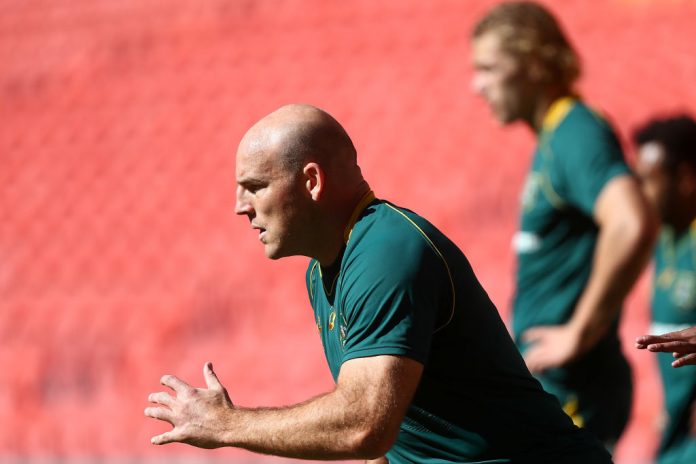 Wallabies skipper Stephen Moore has announced he will step down from the captaincy effective immediately and will retire from international rugby at the end of the season.

The 34-year-old made the announcement at the side’s training camp in Newcaslte on Thursday morning, saying it is the right time to walk away after 12 years in the green and gold.

However, he will continue to play Super Rugby for the Queensland Reds in 2018.

“I’m very fortunate to have had the opportunity to represent my state and country on so many occasions,” Moore said.

“I’ve had a long career and my time in the game is something I’ll look back on very fondly. That being said, there’s still a lot of rugby ahead of me over the next 12 months and I hope to be able to contribute to the success of the Wallabies and the Reds with the time I have left.

“I’ve been very lucky to have played as long as I have and I’m incredibly grateful to the Wallabies and Australian rugby for all its done for me. I also really want to thank all my teammates, coaches and staff I’ve had over my career.

“There’s still plenty of footy to go this year but I know the Wallabies will be left in very strong hands if we continue to work hard and stay grounded.

“As of the next Test, I will be handing over the captaincy and will spend the next four months supporting the new leadership team in any way possible.”

Moore made his international debut against Samoa in 2005 and has played 120 matches as Australia’s premier hooker.

Michael Hooper is expected to take over the captaincy.

Melbourne Rebels face 16 players leaving their club roster at the...

Australian Rugby said to be in $500 million hole