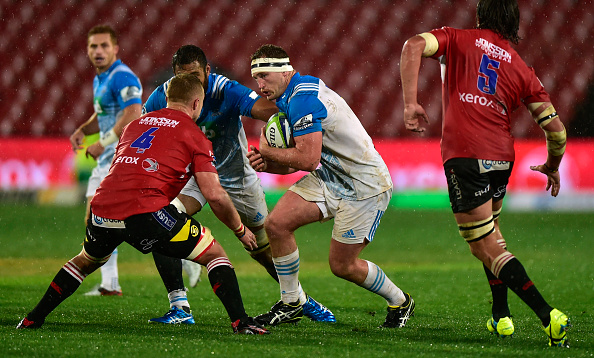 The 2016 Super Rugby Final is here, with two fascinating storylines again facing off in the decider; the Golden Lions, desperate to end the decades long plight of their fans, and the Wellington Hurricanes, looking towards their first triumph, having come so close so many times.

As was the case last year, this year’s Final will provide us with a first time winner of the competition, with Wellington having fallen short in 2015 and 2006, and the Lions having not made the finals since 2001.

As usual, this year’s finale will feature some of the biggest and best names in world rugby, with superstars young, old and in between on both sides. It may be that one of these players is the decisive factor of the match.

Star flankers Jaco Kriel of the Lions and Ardie Savea of the Hurricanes will pack down facing each other in each energy-sapping scrum on Saturday night, and it will be this breakdown battle that will be one to watch all evening long.

The pair has been two have the best in the competition on the side of the scrum all year, with almost inseparable statistics. Kriel leads in offence and lineouts and Savea in defence and pilfering.

The winner of this battle on the night will likely be who can offer his side the better presence at the breakdown, which is a flanker’s main meat and drink. Savea leads that statistic eight to five, but there is little a presence more physical at the ruck than Jaco Kriel.

The more ball the Lions see, the better their offensive systems work, meaning Kriel’s presence at the breakdown is of superb importance in the Final. It may be that a good game from him is more important to his team.

As good as Wellington scrumhalf TJ Perenara has been of late, Faf de Klerk is arguably the hottest halfback in the world right now, having just laid claim to the South African number nine jersey with a blistering June test window.

De Klerk is at the centre of what his Lions do – he generates the quick ball from the base of the ruck, gets the play moving before the defence has time to set and distributes to the attacking line with speed and precision.

Whilst TJ Perenara does a lot of the same in the New Zealand capital, he is largely the entrée to Beauden Barrett’s smorgasbord of attack options. He complements and services his five eighth well, and that’s all that’s required of him.

Whilst they may not play the same position, this battle will be an intriguing one – if it actually makes it’s way onto the field.

Both skippers, the Canes’ Dane Coles and the Lions’ Warren Whiteley, face a fitness battle this week in order to be their team’s first championship captain.

Wellington head coach Chris Boyd has stated that Coles will be given up to kick off on Saturday to overcome his rib injury, while Whiteley has travelled to New Zealand with his teammates, but has played just 54 minutes since injuring his rib in June.

Both players will be crucial in their respective squad’s forward pack, with Coles steering around his team’s set piece, and Whiteley running powerfully off the back of the lineouts and scrums.

If only one the captains make it onto the park, both the physical and mental advantage will be massive. For rugby’s sake, let’s hope they both do.

It’s no surprise that two coaches who have both been mentioned as future leaders of their countries lead into battle their respective Super Rugby squads.

Both largely praised for the offensive revolution instilled at their clubs, it was Chris Boyd who came up smelling of roses after the semi-finals, claiming that his side had defensively hit the “sweet spot”, holding the best attack in the union to just three penalty goals.

With all the signs pointing to a victory for the home team on Saturday, Johann Ackermann will have to come up with the best coaching outing of his short career to both hold the Hurricanes out and secure enough ball to make an impact on the scoreboard.

A victory either way may just prove that the winning man is the rightful successor to the All Blacks or Springboks job.

The on field battle everyone is itching to see is the one between the incumbent fly halves of their respective countries. No doubt, Beauden Barrett and Elton Jantjies have been their team’s most important players all year long.

Their creativity, skill, work rate and ability to control a game has been a pleasure to watch all season, which has seen them fly up the rankings for their position in the world standings.

Both were excellent in the semi-finals, and greater excellence will be required in the final fixture of the season. Perhaps moreso from Jantjies, given his side is playing away from home.

For me, it will be who kicks better – both off the tee and around the field. Jantjies currently leads the former category, whilst Barrett the ladder. If one player can climb on top in both, their side will begin to control the game, and step into the box seat to win the match.