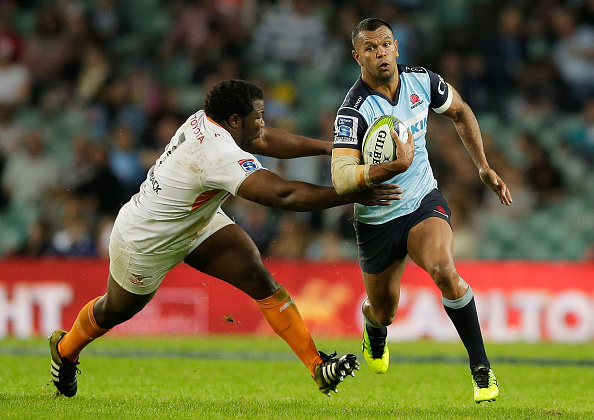 Just last week, it was confirmed that Kurtley Beale had signed a big-money deal to join Wasps for two years, starting next season, which will bring him through to the end of 2018 – the year before the next World Cup.

The news was reported all over the world, but nowhere did I see it more embarrassingly reported than by our friends at Fox Sports.

Even with their well-known disdain for union, Fox set a new personal best in hyperbolic journalism yesterday, referring to a supposed “exodus” and “extensive player drain” from Australian rugby as “alarming”.

Nothing could be further from the truth.

First of all, let’s look at the facts: of the 23 men that played the Rugby World Cup Final for Australia, only THREE have since left their Australian club to play overseas – Sekope Kepu, Will Genia and Adam Ashley-Cooper (all of whom are still eligible).

Kane Douglas would make it four, but he was only on a one-year deal with Queensland anyway, purely for the Rugby World Cup.

But what about the exodus this year? Again, only Matt Toomua and Kurtley Beale have signed elsewhere for next season – they both came off the bench in the Final. Beale also has the required 60 caps to retain his eligibility.

Of all the players mentioned, the only near certainty to represent Australia this year is Kurtley Beale, with Matt Toomua also very likely to wear the green and gold.

So far, this isn’t sounding like much of an exodus.

Fox Sports then pointed to the amount of current and former Wallabies that play overseas, and came up with a “formidable” starting 15 of overseas based Aussies.

Again…of the 23 that played in the World Cup Final, only TWO (excluding Kane Douglas) were selected from overseas – Drew Mitchell and Matt Giteau.

Most of the other names mentioned in Foxs’ “formidable” side signed overseas by virtue of no longer being selected for Australia, such as James O’Connor, Salesi Ma’afu and John Ulugia (uncapped).

When closely examined, this sounds far more like a beat-up than any tangible problem in Australian rugby.

What’s more, it could very well be that Australia has more to gain than lose from this “Giteau law” than may already be obvious.

Obviously, Australia welcome some of their favourite sons back into the fold – it was fantastic seeing both Drew Mitchell and Matt Giteau turn out for the Wallabies again, and they were crucial to Australia making the Final of the WC.

However, the benefits it may have to both domestic rugby as well as the national side have not been mentioned, mainly because they are not yet obvious.

On average, 60 caps can conceivably be most quickly attained in six to seven years of constant national selection and service, which would have to include at least one World Cup to bump up the number.

Either way, both have now been deemed to have given the necessary service to Australian rugby to be eligible for overseas selection – and considering TPNs’ 11 injury-riddled years, I think that’s fair enough.

To the point of the matter, when players such as Kurtley Beale head overseas at the end of the year, whilst he (conceivably) continues to play for Australia, young star Dave Horwitz can slot into Beale’s position at the Waratahs and develop his game, whilst an incumbent Wallaby enters the twilight of his international career.

Before, this has been impossible. Horwitz would either have to move to another team and attempt to break into the side there, or wait until Beale retires to make his own name. He may even head overseas himself.

This will allow for more effective international player turnover, with readymade replacements being developed during the international careers of the incumbents.

Hopefully, the transition will one day be completely seamless, and other countries will take on the “Giteau law” to attempt to emulate what is done in Australia.

But to some, this still somehow remains a “big problem” for the ARU.

Funny. I don’t see it that way at all.