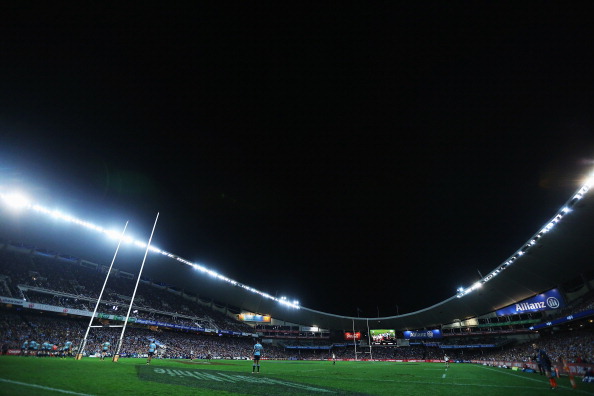 A full season of Aaron Cruden and Tawera Kerr-Barlow together should strike fear in the hearts of all in Super Rugby. But Cruden and TKB aside, Waikato has one of the best lineups in world club rugby.

While they’re unlikely to see any Sonny Bill Williams in this year’s competition due to Sevens duties, their lineup is highlighted by players such as Nepo Laulala, Brodie Retallick, and New Zealand cult hero Stephen ‘Beaver’ Donald off the bench.

Head coach Dave Rennie has done this all before and bought the t-shirt, winning the competition back-to-back in 2012 and 2013.

Also one of the teams with the most depth, the Chiefs should have no problem lasting the season and mounting a series trophy challenge at that. I expect little less than to run first in the highly competitive New Zealand conference and first overall.

It seems crazy suggesting the defending champions, boasting two top-10 players in the world in Aaron Smith and Ben Smith, would finish anyway outside top spot in their own conference. This year, that may just be the case.

While the Otago Highlanders have lost a few of their starting XV from last year's fairy tale triumph, such as co-captain Nasi Manu, their core group remains, consisting of the aforementioned All Blacks as well as Lima Sopoaga and Malakai Fekitoa.

Newly dubbed “supercoach” Jamie Joseph returns for one last go-around with his team of six years before heading to Japan to replace Eddie Jones.

No longer the hunter and now the hunted, it will be interesting to see how the Highlanders respond to the different kind of pressure involved in being defending SR champions. My bet is, they’ll have no issues.

They were the best team all last year, and they should have been the premiers – but the pressures of a home final proved to be too much for the Wellington Hurricanes, and it just may be that their year has passed them by.

Whenever anyone mentions the Hurricanes , they think of Ma’a Nonu and Conrad Smith. And while the former had enjoyed success elsewhere in his career, this is the first season they will be without either of their legendary centres since 2003.

While their lineup remains formidable, to the rune of stars such as Beauden Barrett, Julian Savea and new captain Dane Coles, the two in the middle of the park will take a lot of replacing.

Despite the “expect the unexpected” years of 1998-2002 being long in the past, no-one quite knows where the Hurricanes will place this year. 3rd seems a safe and reasonable bet, especially considering the strength of the conference.

Where else to start on this team than the loss of Richie McCaw and Dan Carter?

Two irreplaceable talents that have blessed the team with three championships and 13 seasons consecutive finals appearances.

While their arsenal still remains stacked, featuring names such as Sam Whitelock, Kieran Read and Nemani Nadolo, the hole of arguably the two greatest rugby players of all-time will not be unnoticeable

Perhaps most interestingly, young Fijian Ben Volavola has been handed the No.10 jersey in Carter’s absence. How well his play is in setting up the ample talent around him will be key to exactly how the Crusaders performs this year.

Let’s get things off on the right foot – the Auckland Blues will be better this year. The team was in desperate need of a break from John Kirwan, and Tana Umaga is a smart and popular appointment.

However, with the strength of the NZ Conference, it is hard to see them finishing anywhere higher than last in the country.

There’s plenty of excitement in Auckland’s lineup. Young All Blacks Patrick Tuipulotu and Steve Luatua will look to build on good 2015s and fan favourite Rene Ranger is back in blue. Led by key All Black Jerome Kaino, this group won’t lack punch.

However, with a young coach, an even younger lineup, and uncertainty in the halves, the Blues are likely in for another last-place finish in the most competitive division in the field.