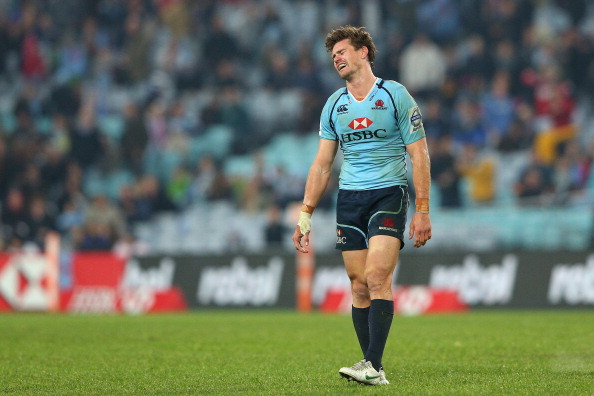 The Waratahs are close to announcing the signing of a Japan based fly half, with former Wallaby Berrick Barnes looming as a likely returnee to Moore Park.

The Waratahs have just one place left to fill in their squad after No 8 Wycliff Palu re-signed on Monday with the NSW franchise.

The Waratahs have spent their pre-season without an experienced fly half, with first choice No 10 Bernard Foley currently in Japan with the Ricoh Black Rams as part of his flexible contract with the ARU, which allows the Wallabies playmaker to play two seasons offshore.

New Waratahs coach Daryl Gibson told reporters in Sydney on Wednesday that he expected to announce the new signing next week.