Over its 19 years history, the PRO14 competition, one of rugby union’s most respected competitions, pitting some of Europe’s best teams, is set to change.

It’s not the first time: over the years PRO14 has been anything from 10 to 14 teams, as new clubs are introduced or dropped. The most recent changes will now see a 16-team competition take place, featuring four South African teams, pending approval from the PRO14 organisers.

The SARU has voted in favour of bringing in the Bulls, Sharks, Lions and Stormers - with the Cheetahs exiting the competition along with the counterparts the Southern Kings, who entered liquidation. It was an unfortunate outcome of a year filled with unprecedented financial pressures and the news on the Southern Kings came amid turmoil felt across the rugby union world. Therefore, freshening up the competition’s teams could be a positive step forward for the tournament as a whole. 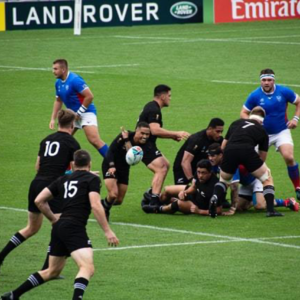 However, the new inclusion of four SA teams comes as criticism had been previously raised over the competitiveness of the competition itself, especially in recent years. Irish outfit Leinster are famously dominant in the PRO14, winning seven titles, including last year's event. However, the defeat of Leinster by Saracens in last years’ Champions Cup hinted at a PRO14 tournament that wasn’t testing enough, resulting in defects such as Leinster’s.

It’s a feeling that isn’t necessarily shared across the rugby world. Leinster coach, Leo Cullen, is a staunch supporter of his teams’ role as a feeder club to the Irish national squad. That's a fair point. Saracens boasts a team including five eventual world cup finalists, however, they could have fielded a startling 11 ‘Sarries’ who could have entered the field of play in last year’s final in Japan between England and South Africa. However, Cullen is equally supportive of a move to bring in more competitive and fresh entrants to the tournament. 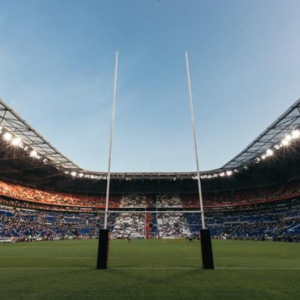 Scarlets come into this second round of PRO14 games, with no Welsh side having even qualified for the semis last year. Leinster are chasing from a fourth PRO14 title in as many years - but they’re no longer the only feeder club filled with talent. Scarlets currently stands as the Wales squads’ biggest source of talent, and it’s also a squad of immense depth. Having already qualified for the Champions Cup alongside Welsh PRO14 participants Dragons, the Scarlets are kicking off their season with signings Nick Tompkins, Jamie Roberts, Jonah Holmes and Greg Bateman.

It’s an exciting prospect to look forward to, and one that will have rugby union fans excited but left wondering precisely whose squad comes out on top given the saturation of talent across existing and new SA-based sides, alike. From a national perspective, the standout players here will likely be the names that dominate the 2023 World Cup, too, so it’s one for the neutrals as much as the diehards.

Current odds in the rugby union betting, as of 9 October, are giving Wales 12/1 odds to win the 2023 World Cup - in comparison, reigning champs South Africa are at 7/2. With odds relatively tight, to say PRO14 won't be an eye-opening spectacle to see that next generation of international talent would be a major oversight.

It’s looking increasingly likely that last year’s arguably easy victory for Leinster is perhaps no longer a reality. With a surging Scarlets team - one of four Welsh sides to feature - it’s looking to be a harder-fought title than many might have previously assumed.  Watch this space, rugby fans.

Are the Springboks really underprepared?

Who are the 2021 standouts in Super Rugby Aotearoa?

Eddie Jones says he can take England to the World Cup