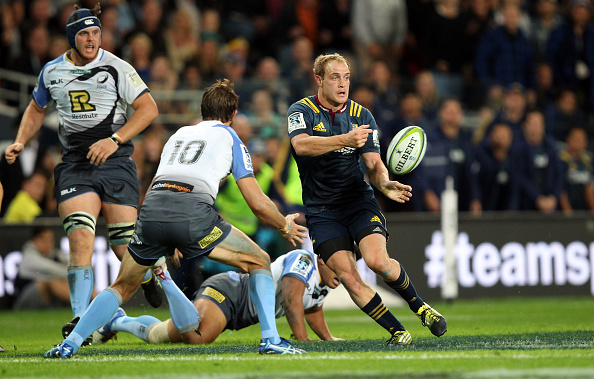 Waikato fullback Damian McKenzie was the inspiration for this list. That tells you just how good he has been this year in the side looking most likely to go all the way.

Leading the competition in points, tries and runs, the Chiefs’ expansive game plan has fit McKenzie like a glove, and there is little doubt that he would fit New Zealand just as well.

With departures from the side such as Ma’a Nonu and Conrad Smith, it is being mooted that McKenzie may not only crack the starting XV but may even start at fullback in The Rugby Championship, with Ben Smith moving to 13.

To anyone thinking that with Nonu and Smith gone that All Blacks’ midfield may be vulnerable – you’re wrong. So wrong.

Charlie Ngatai’s offloading game (in which he is second in the league for with 10) is exactly what the selectors will be looking for to draw the defence and spread it wide.

His barnstorming running and offloading game has helped punish teams this year for Waikato, which has seen them almost impossible to stop on the counter.

Three men from the same backline in for a call up for their country? You bet. James Lowe’s running game and line-breaking ability almost match that of his teammate Damian McKenzie, at least statistically speaking.

His offloading game is also strong, which has on many occasions seen him set up his mate for a try assist over in the right hand corner.

If New Zealand opts to stick to club combinations as they have in the past, look no further than this man and his already listed counterparts.

Most thought that post McCaw and Carter, Canterbury would be toast. Turns out that it’s the opposite that’s true, in no small part to their new number 10, Richie Mo’unga.

With a strong kicking game and more run metres than almost every other first five in the competition, Mo’unga is helping keep the Crusaders at a high standard in their post greatness era.

While it will be a hard battle into the side with options like Aaron Cruden, Lima Sopoaga and Beauden Barrett, Mo’unga has signaled that he wants to be a big part of the All Blacks’ future, and will hope for squad selection at the least.

Matt Faddes has been a bit of a journeyman in his young rugby career, spending some time with Otago’s Ranfury Shield side early on, then playing under Gordon Tietjens in the sevens side, and finally onto Super Rugby.

Thus far, his experience beyond his years for a 24 year-old has proved extremely valuable. He’s more than warmed Waisake Naholo’s jersey – he’s put his hand up for higher honours.

He is prone to a missed tackle or two, and has an occasional case of the dropsies, but his versatility in attack can see him play at 13 or on the wing to great effect. Don’t be surprised to see his inclusion in the squad.