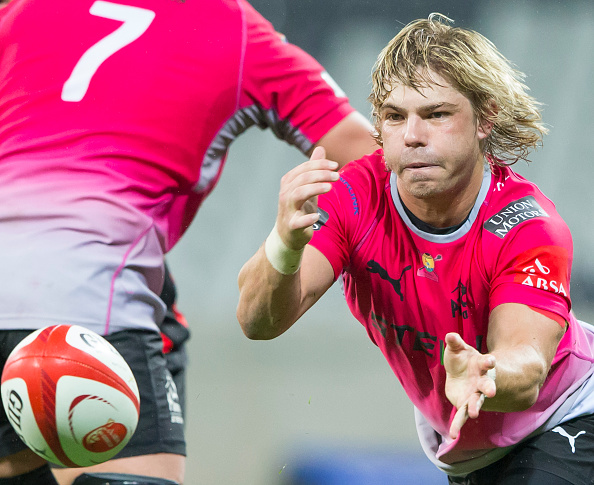 After a fantastic year last year, the Golden Lions have again gone from strength to strength this year, in no small part to Elton Jantjies.

Jantjies has always had talent, magnified by 2 previous international caps. However, it looks as if this season is the one where the fly half will finally put it all together and put a foothold in the South African lineup.

With Handre Pollard out for the year with a serious knee injury, Jantjies is well in line to receive his first call-up since 2012, a well-deserved prize for a solid season thus far.

It would be impossible to mention one Lions half without mentioning the other, and Faf de Klerk has been just as good, if not better than his partner Elton Jantjies.

The halves pairing has been crucial to the Golden Lions’ success this season, and de Klerk as a threat to either run or set his teammates up has kept defences honest in and around the ruck.

De Klerk would be excellent for the kind of bully-ball that the Springboks commonly play, and with the aging scrumhalves currently in the South African fold, the incoming head coach may be tempted to start de Klerk sooner rather than later.

South Africans have been waiting on Cheslin Kolbe to crack the Springboks side ever since he was in high school, and it’s looking like that time may finally come.

Kolbe’s play from the back and perpetual ability to beat defenders in the line has added much needed dynamism to the Stormers backline. Kolbe has even set up for his mates to the tune of fifth in try assists for the season.

With Willie le Roux having not played a game this season, there is still some uncertainty over the fullback position in South Africa. Kolbe’s history in sevens sees him as a huge chance to make the position his own at the young age of 22.

Young Francois Venter has been one of the bright spots for the Central Cheetahs in what has so far been a pretty disappointing year.

Despite playing at outside centre, Venter is third in the competition in runs and is standing out at a position in which the Springboks are not short on depth.

Venter has also proven himself effective on the other side of the ball, with a positive tackling efficiency of 85%. If Centrals are at all represented in the Rugby Championship squad, expect it to be this guy.