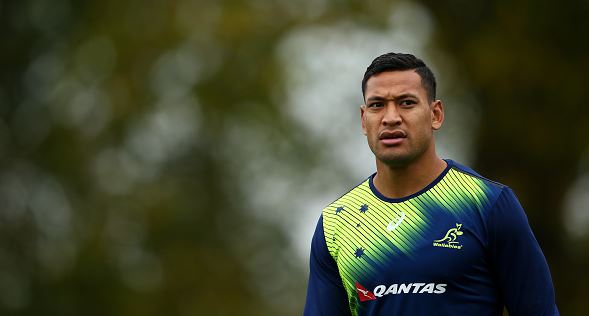 Rain and injury clouds continued to unhappily linger over key Wallabies at their London training base overnight.

Star trio David Pocock, Israel Folau and Scott Sio played next-to no part in Australian training sessions and remain in considerable doubt to play against Argentina in the World Cup semi-final on Monday.

Pocock (calf strain) didn’t train, but instead rode an exercise bike, while Folau ran for a short while before leaving the field and icing his injured ankle again.

Sio (elbow) also participated briefly but appears to be in major doubt to line up against the Pumas.