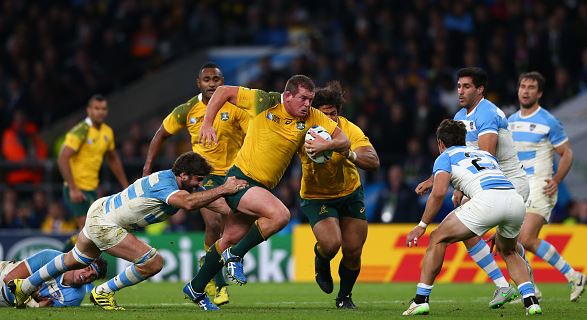 The Wallabies will face off against old rivals New Zealand in the Rugby World Cup final after a hat-trick from Adam Ashley-Cooper and a stoic defensive performance saw off Argentina 29-15 in the semi-final at Twickenham.

In a tense clash in front of 80,025 people, the Wallabies led by only 22-15 inside the last ten minutes when a superb run from Drew Mitchell down the left wing saw him beat five defenders and track across field to find wing partner and mate Ashley-Cooper for a match-sealing try.

It was Ashley-Cooper’s third — and the first treble in a semi-final since Jonah Lomu in 1995 — after the veteran wing crossed for a double in the first half.

But while Australia again showed their attacking flair with four tries, the win was underpinned by a dogged defensive showing led by their outstanding backrow.