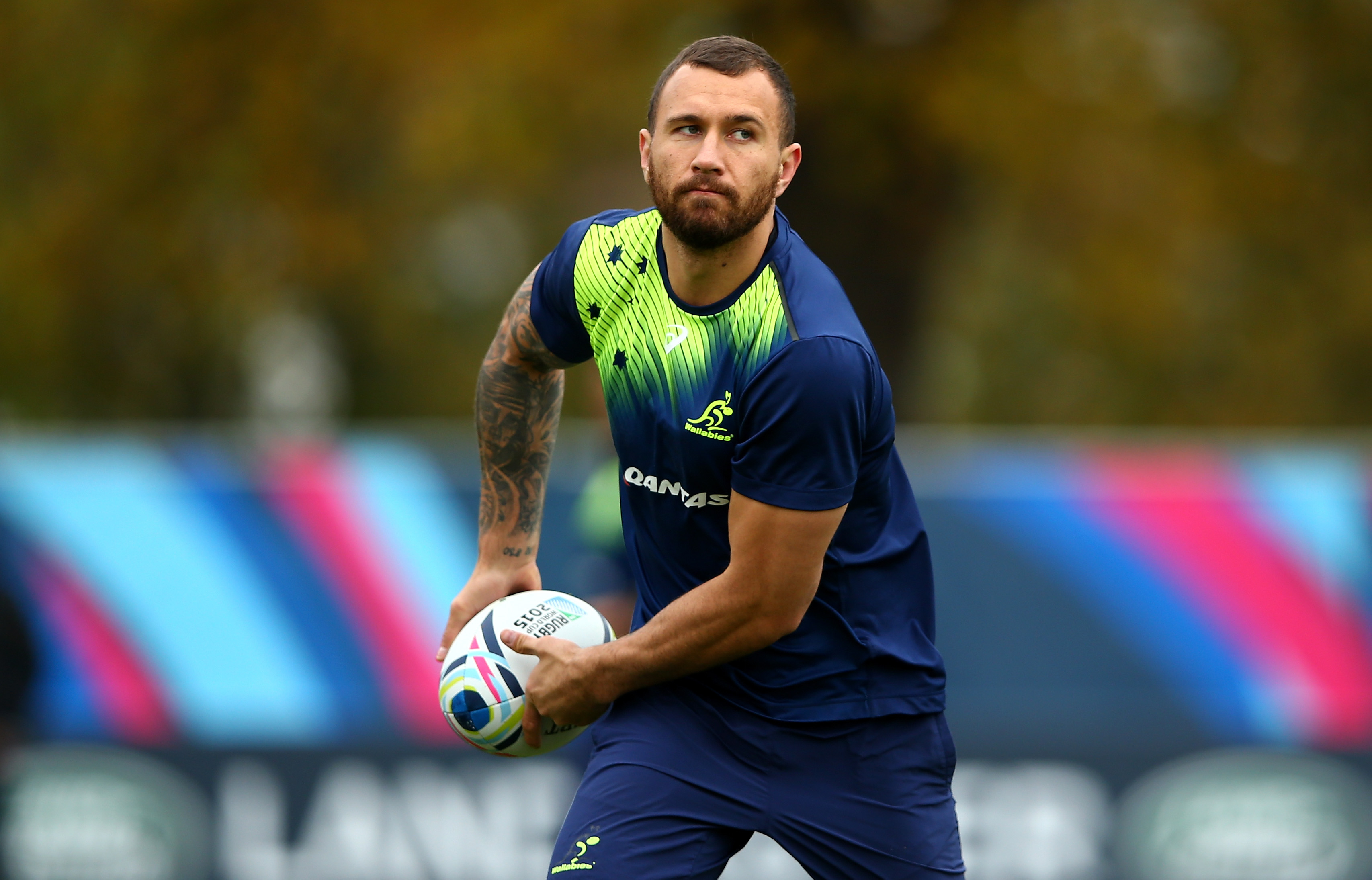 Quade Cooper's Wallabies career has hit a significant hurdle, and his rugby sevens dream looks dead in the water, with the talented five-eighth set to be unveiled as a Toulon player on Monday.

On the eve of Australia's World Cup final with the All Blacks, the French club released a statement confirming Cooper would be presented to the media on Monday - when most of his teammates will be flying home.

The Queensland Reds playmaker signed a two-year deal with Toulon in April, only to attempt to back out of the contract in the hope of signing a new deal with Australian rugby - with one eye on playing sevens rugby at the 2016 Olympics in Rio de Janeiro.

Cooper has played just once this World Cup, laying on three tries in the pool stage rout of Uruguay before being an unused substitute in the two-point quarter-final win over Scotland.