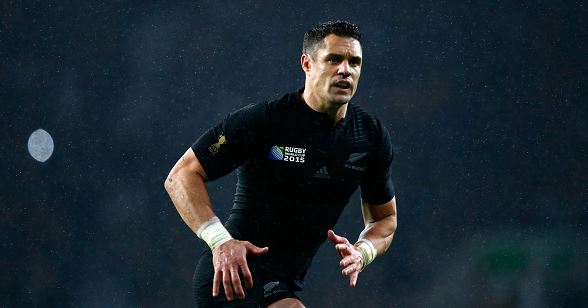 As with most World Cups, a lot of legends will be departing at the end of the tournament.

In fact, with only two nations left, we already have lost a lot of our favourite rugby superstars to a well-deserved retirement.

Just who will most likely be replacing these behemoths of the sport in their nation's setup?

Only confirmed, not rumoured retirements will be listed.

Wycliff Palu has for so long been the rock at the back of the Australian scrum – so long in fact that he ranks second as most capped Wallaby eighthman, behind Toutai Kefu.

He seems to have already lost his place in the side altogether, with David Pocock looking to be the next great Wallaby number eight.

But who should wear the number 20 jersey going forward? Depending on who you ask, either Sean McMahon or Ben McCalman.

While McCalman has the versatility and experience, it will likely be the younger and talented McMahon who gets the nod as the fourth back rower for Australia.

Another whose time is already over in international rugby, Tony Woodcock has long been the anchor of the Kiwi scrum.

The most capped All Black prop in history was forced to withdraw from the World Cup after suffering an injury against Tonga, and in classic AB form, they have not missed a beat since.

Their immediate replacement will be the experienced Wyatt Crockett, but younger props such as Nepo Laulala and Joe Moody have also been impressive recently, who will both firm as long-term replacements.

Still arguably the world’s best centre at age 34, Conrad Smith will be a tough man to replace.

Fortunately, and as always, New Zealand already have a ready made replacement for Smith in their system, 23 year-old Malakai Fekitoa.

The young bollocking centre plays a lot like a young Conrad Smith – he is a great defender, a strong runner, and can create space for his team-mates. He also has the versatility to play both 12 and 13.

Naturally though, New Zealand has plenty of replacements ready, a few of whom would start on most other international sides already.

Young Beauden Barrett has been mooted as a potential full-time replacement for Carter, but expect the older and more experienced Aaron Cruden to be their man, for now at least. In fact, they have never lost with him at 10.

Cruden may have started full-time this World Cup, but unfortunately sustained an ACL injury in his left knee.

Another departing All Blacks champion, Ma’a Nonu's strong running, hard hitting and all round brilliance will be sorely missed in the New Zealand setup.

Sonny Bill Williams would in most circumstances be the obvious heir to the No. 12 jersey, but he will be committing full-time to their national sevens team post World Cup.

In this case, don’t be surprised to see the aforementioned Beauden Barrett try out the No. 12 jersey for next season.

The All Blacks would love to have both him and Cruden in the first team next year, and at only 24, Beaudy could still yet make the full-time switch.